His body was recovered from the Panchasakha Nagar Drain in Bhubaneswar. 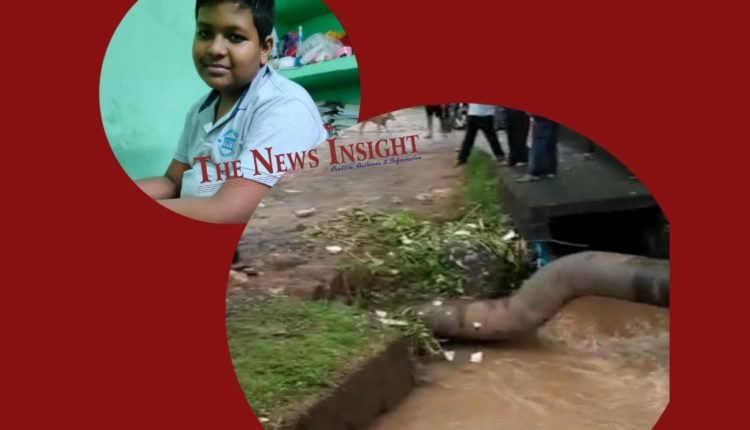 Insight Bureau: After 19 hours of search operations, dead body of 15-year-old Jyoti Prakash Behera, who was swept away by the flooded waters of an open drain near Satabdi Nagar Bank Colony in Siripur area while going to attend tuition classes on Sunday, has been recovered from Panchasakha Nagar Drain in Bhubaneswar. 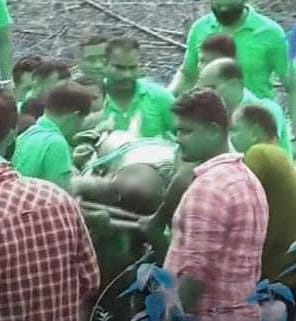 Class X Student Jyoti Prakash, a native of Pala Mandap area near Baramunda, ventured out in the rainy weather against his parents’ warning. He did not want to miss the Sanskrit tuition classes, but that turned out to be a nightmare for him and his family as his cycle slipped in the flooded water and he fell into the open drain.

Some people who saw him drowning, tried their best to rescue him, but in vain as the current of the water was very strong.

Local residents are also engaged in search operations since yesterday afternoon, but all efforts have failed to bear any result so far. There is an outrage against the BMC and City Administration over their callousness and apathy, as they failed to cover the open drains despite series of such unfortunate incidents over the last few years.