Among the 128 Padma awardees, six people of Odisha to be received the Padma Awards of India. 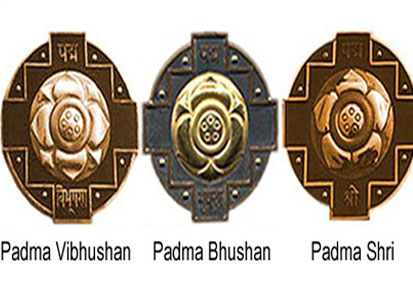 The list comprises four Padma Vibhushan, 17 Padma Bhushan and 107 Padma Shri Awards. Out of 128 awardees, 34 are women and the list also includes 10 persons from the category of Foreigners/NRI/PIO/OCI and 13 Posthumous awardees.

Similarly, Vaccine makers – Cyrus Poonawalla of the Serum Institue and Krishna Ella and Suchitra Ella of Bharat Biotech will be honoured with Padma Bhushan. The heads of Microsoft and Google Satya Nadella and Sundar Pichai have been named for the Padma Bhushan honours.

Likewise, Singer Sonu Nigam and Olympic Gold-medallist Neeraj Chopra will be honoured with a Padma Shri.

Here’s a list of people will receive awards this year: 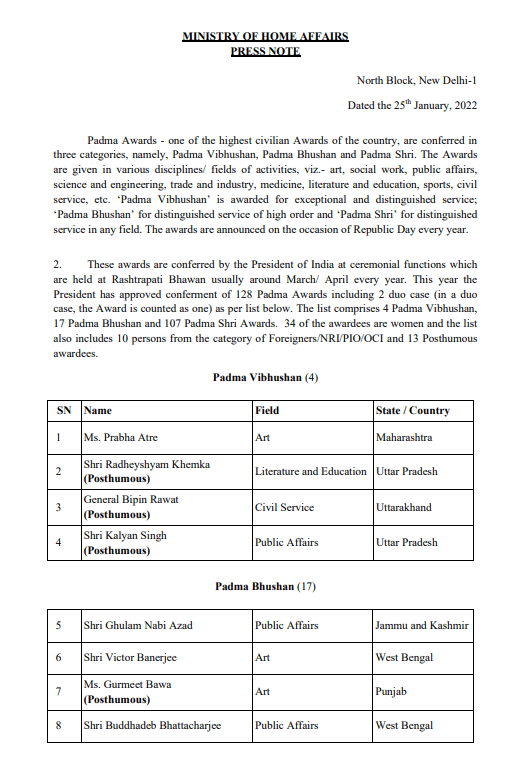 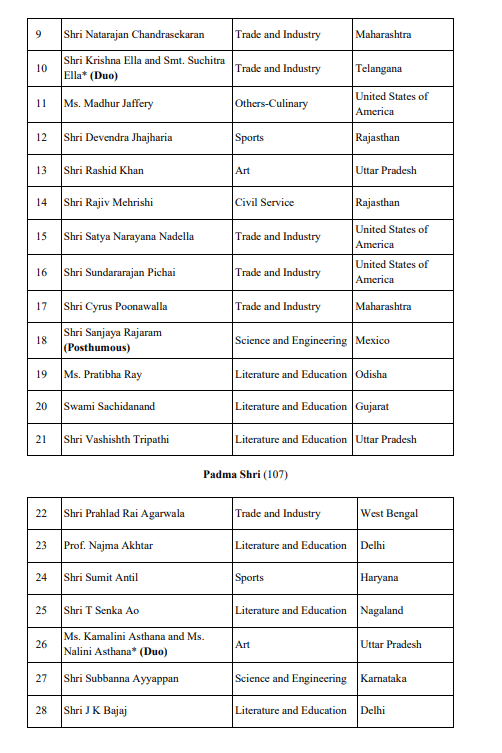 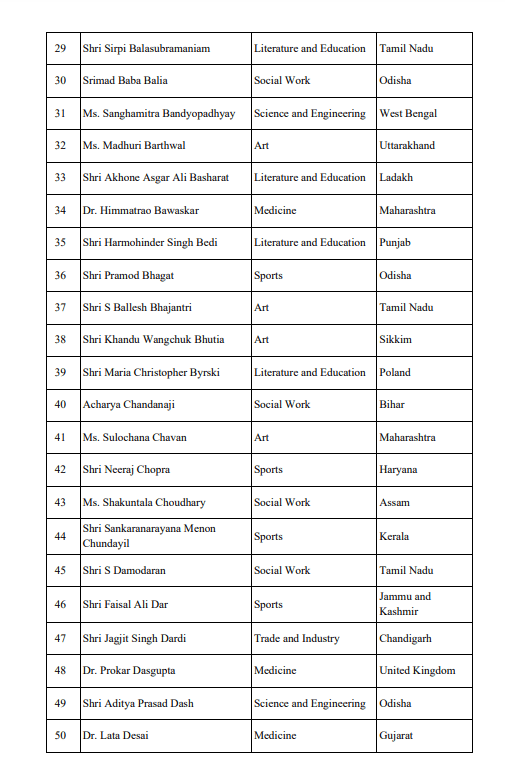 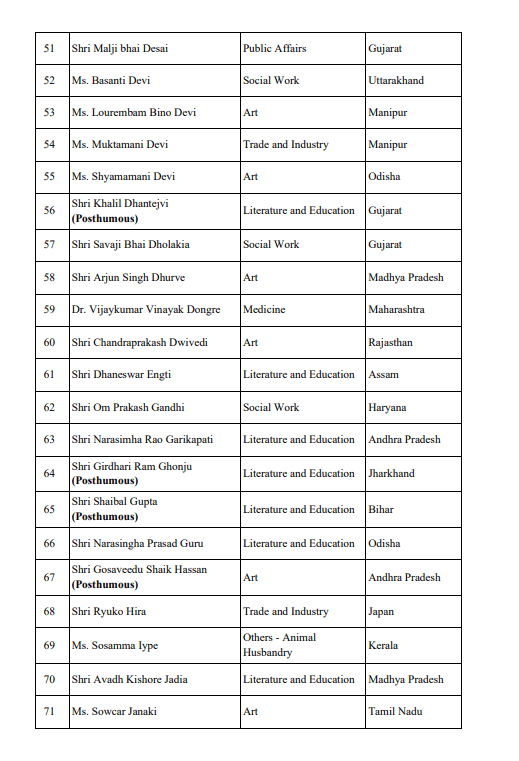 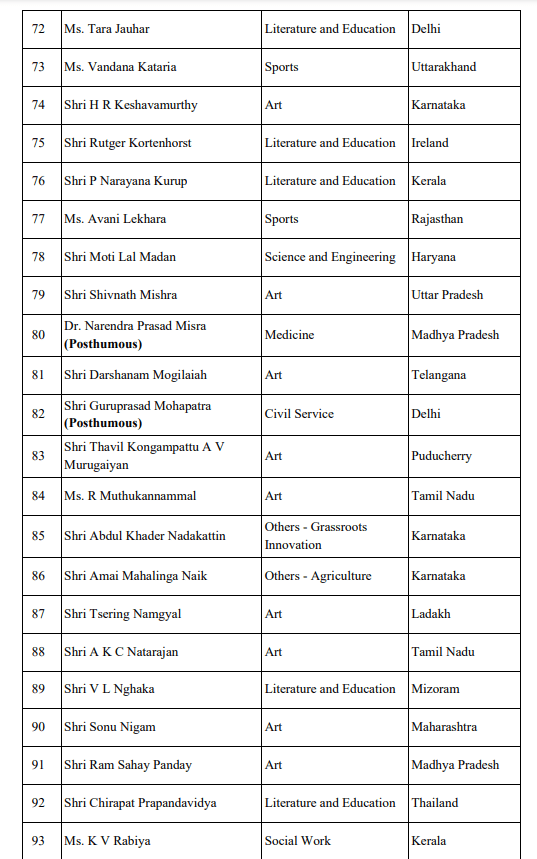 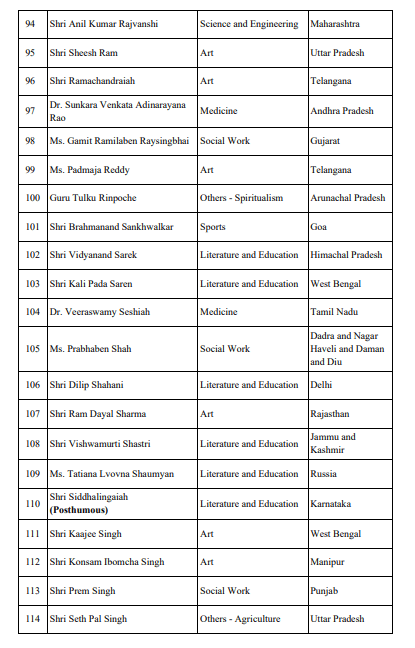 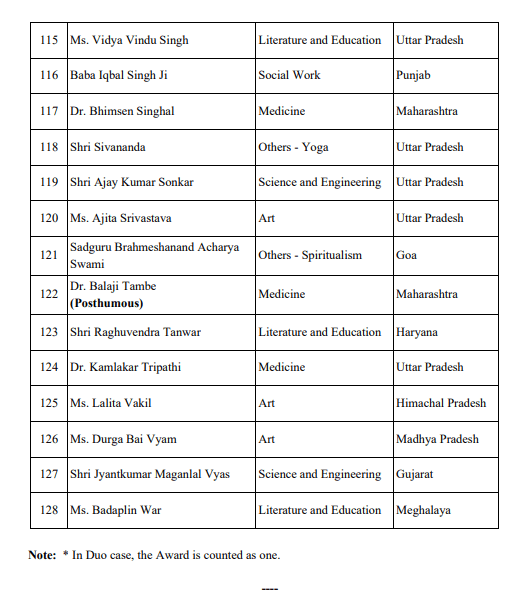