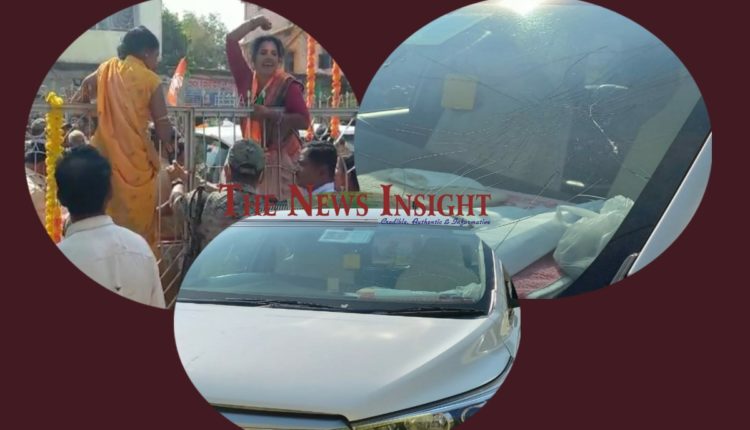 Insight Bureau: Although Chief Minister Naveen Patnaik launched the distribution of BSKY Health Cards in Kalahandi and Nuapada districts, his Ministers are having a tough time over the Mamita Meher murder case due to the patronage and protection being granted to MoS (Home) Captain Dibya Shankar Mishra.

While the CM shared stage with Dibya Shankar Mishra and clapped when he spoke, at least 4 of Ministers faced stiff resistance. Both BJP and Congress have launched a major offensive against the Government and BJD.

Minister Premananda Nayak was locked for more than 2 hours along with other officers at Karlamunda during BSKY health card distribution. His vehicles were damaged by the irate mob.

Minister Arun Sahoo too faced massive protests when he sought to distribute BSKY cards in Kesinga.

Two other Ministers Tukuni Sahu and Jyoti Prakash Panigrahi had to bear the brunt of the protesters as eggs were hurled at their cars.

Since the BSKY Health Card distribution will continue in Kalahandi and Nuapada for several days, the BJD leaders, MLAs, MPs and Ministers may face further resistance, it’s believed. The BJD has asked its leaders and workers not to take the law into their hands, which may give the opposition an edge.