On the 22nd of June 2021, a video of Odisha Chief Minister Naveen Patnaik's first campaign shared by Prashant Sahu went viral on Twitter.

On the 22nd of June 2021, a video of Odisha Chief Minister Naveen Patnaik’s first campaign shared by Prashant Sahu went viral on Twitter. 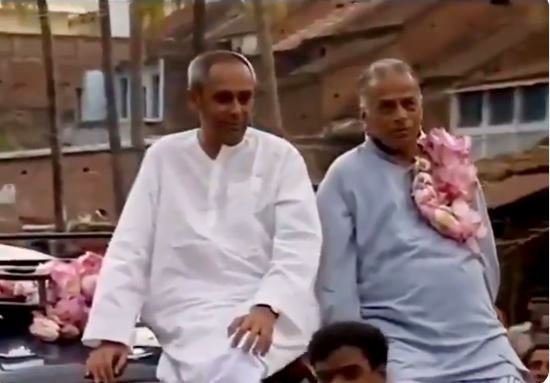 Naveen Patnaik was a writer who spent most of his childhood away from both politics and Odisha, but after his father Biju Patnaik passed away in 1997, he entered politics and founded the Biju Janata Dal.

After the demise of his father and senior Janata Dal leader Biju Patnaik, Naveen Patnaik was elected to the 11th Lok Sabha in a by-election from the Aska Parliamentary Constituency in Odisha. He was a member of the Ministry of Steel and Mines’ Consultative Committee, the Standing Committee on Commerce, and the Library Committee of Parliament.

A year later, the Janta Dal split, and Naveen Patnaik created the Biju Janata Dal, which fared well in coalition with the BJP-led National Democratic Alliance (NDA), and Patnaik was appointed Union Minister for Mines in Atal Bihari Vajpayee’s government.

Later, his party won the assembly elections with the BJP as its alliance partner and formed the government in which Patnaik became Chief Minister. Rest is history. BJP is not there in picture today, but Naveen Patnaik became invincible and most popular and has been at the helm since 2000.

Delta Plus Variant now a variant of concern in India; 3 States alerted