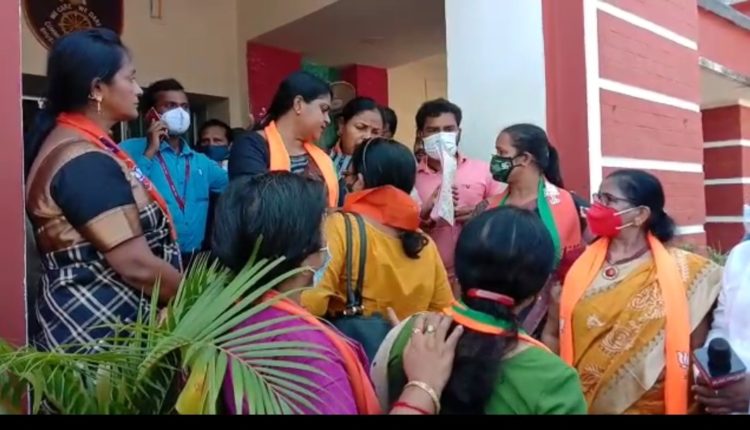 The BJP Mahila Morcha team had gone to the Capital Police Station to lodge a FIR against Minister Dibya Shankar Mishra, seeking strong action against him.

Massive protests have rocked Kalahandi and Balangir and many other districts too.