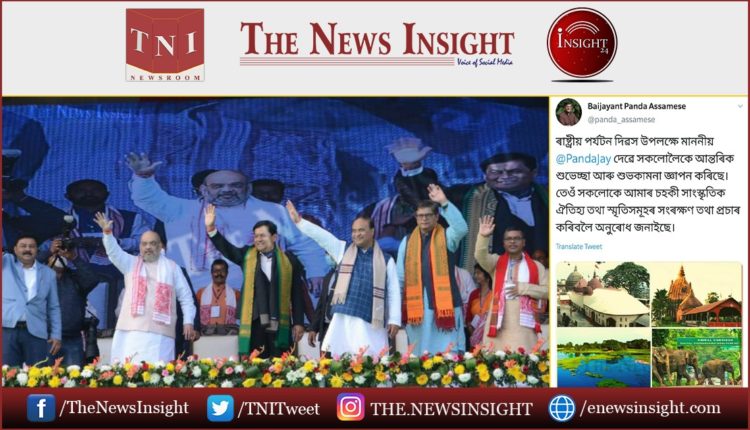 TNI Bureau: Away from the “dirty politics” in Odisha, BJP’s National Vice President Baijayant ‘Jay’ Panda is strengthening his base outside, which may give him a ticket to Rajya Sabha in the months to come.

If BJP retains power in Assam and Jay Panda’s efforts are recognised, he may get a ticket to Rajya Sabha, for which he has been waiting for long. Once he becomes a Rajya Sabha MP, it won’t be too difficult for him to get a Ministerial berth at the Centre.

Assam currently has one Rajya Sabha vacancy after the resignation of Biswajit Daimary, who quit the Bodoland People’s Front (BPF) in November 2020 to join BJP. That seat will have a term till April 2026. In all probability, Jay may eye that seat.

If something goes wrong and he does not get that seat, Jay may still have a chance to get elected from Assam next year, as two Rajya Sabha MPs from the state are retiring on 2nd April 2022.

Interestingly, Jay Panda who always preferred Twitter as prime medium of communication, has opened an account in Assamese language this month and is trying to identify himself with the Assamese culture and tradition as well as socio-political scenario of the State.