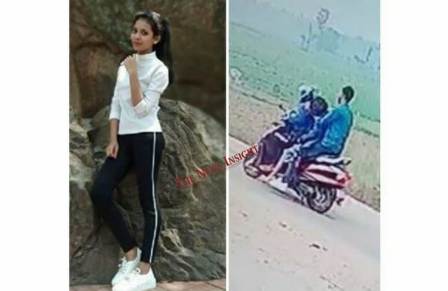 TNI Bureau:  In a major development regarding the mysterious death & murder of Ramadevi Women’s University student Jharaphula Nayak, Jajpur Police on Thursday claimed that it have identified the accused who carried the body of Jharaphula and dumped it on roadside at Mulapala near Kuakhia in the district.

The entire act was recorded in a CCTV camera installed at a brick kiln near the spot.

However, her father Ramakant Nayak has alleged the involvement of a youth Rakesh Sawin who was in a relationship with Jharaphula.

According to her family members, she had gone to Bhubaneswar on January 24 to attend classes.

The exact circumstance under which she came to Jajpur from Bhubaneswar was yet to be ascertained.