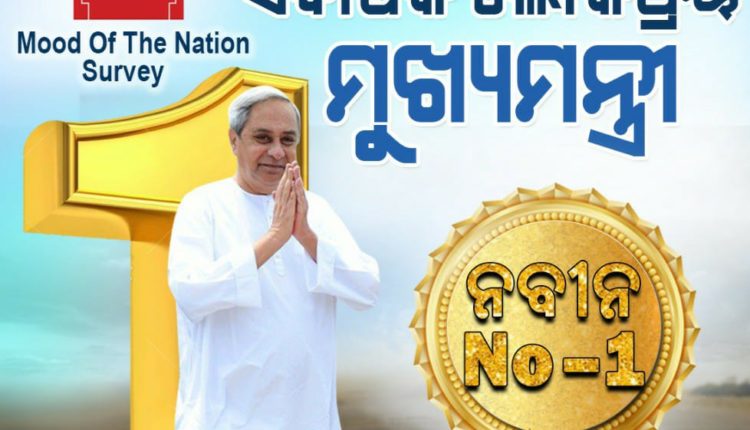 Insight Bureau:  Odisha CM Naveen Patnaik has been ranked the best performing Chief Minister at the State level, according to the India Today and C Voter Mood of the Nation (MOTN) January 2022 poll.

Naveen Patnaik emerged victorious, beating Mamata Banerjee and MK Stalin, after 71.1% of respondents gave him positive ratings. 71.1% respondents of the total of 2,743 from Odisha said they were satisfied with Naveen Patnaik.

When it comes to the CM’s performance within their own States, Odisha CM is NO 1 with 71.1% respondents expressing their satisfaction with his governance. He is closely followed by West Bengal CM Mamata Banerjee. People ranked her second in the category of ‘Very Satisfied’ with 69.9% followed by Tamil Nadu CM MK Stalin 67.5%.

According to the survey, 61.8% people in Maharashtra are very satisfied with the work of CM Uddhav Thackeray.

It is pertinent to mention here that respondents of every State were asked to evaluate the performance of their own CM.

However, the highlight of the India Today-C Voter Survey was said that if the Lok Sabha elections are held today, the NDA is expected to get 296 seats. That means once again a Government of absolute majority can be formed. On the other hand, UPA will remain the second largest party but it will have to be satisfied with 127 seats.