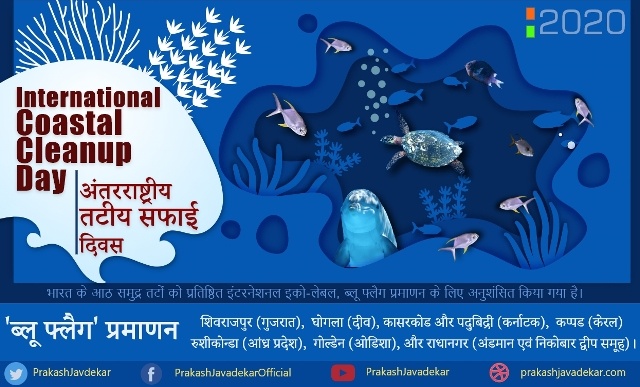 TNI Bureau:  Union Ministry of Environment, Forest and Climate Change (MoEFCC) announced that for the first time eight beaches of India are recommended for the coveted International eco-label, the Blue flag certification.

The eight beaches are Shivrajpur in Gujarat, Ghoghla in Daman&Diu, Kasarkod and Padubidri beach in Karnataka, Kappad in Kerala, Rushikonda in Andhra Pradesh, Golden beach of Puri in Odisha and Radhanagar beach in Andaman and Nicobar, informed Union Environment Minister, Prakash Javadekar.

Blue Flag beaches are considered the cleanest beaches of the world.