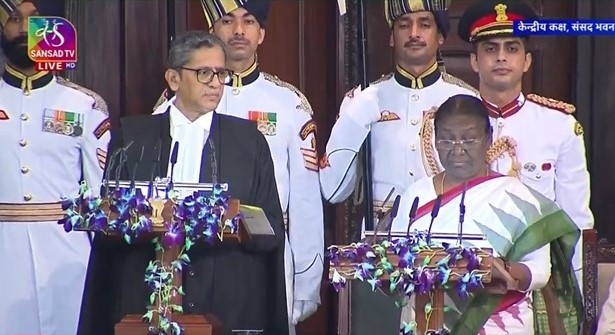 Chief Justice of India NV Ramana administered the oath of office to Murmu at the Central Hall of Parliament.

The oath taking ceremony was followed by a 21-gun salute, after which Murmu addressed the gathering at the Central Hall. 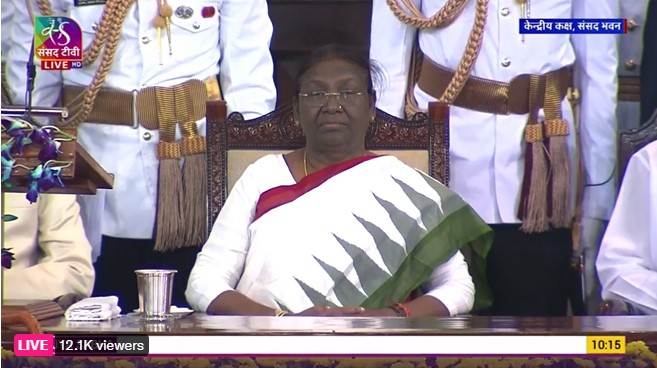 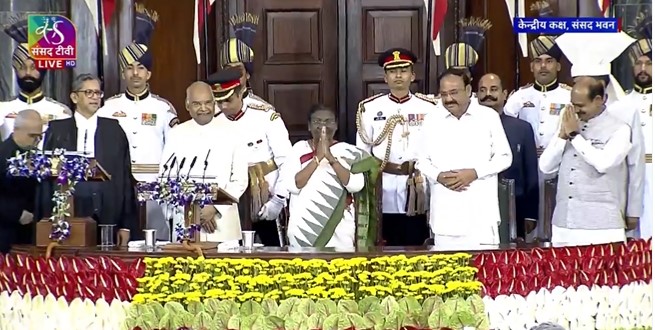 Ahead of her swearing-in ceremony as the 15th President of India, Droupadi Murmu paid floral tributes at the memorial of Father of the Nation Mahatma Gandhi at Rajghat in the national capital Delhi. She was escorted by the military and other officials. 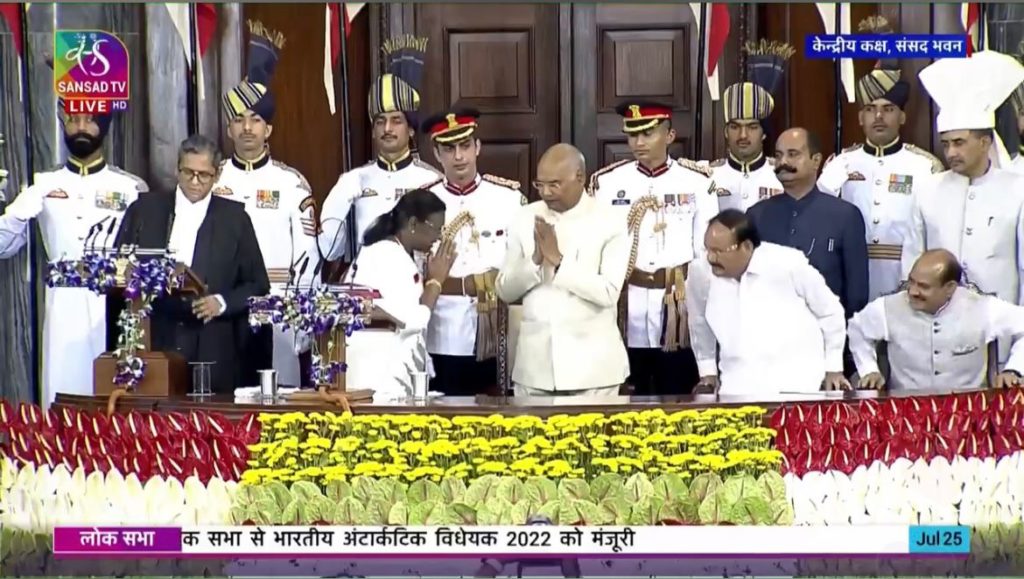 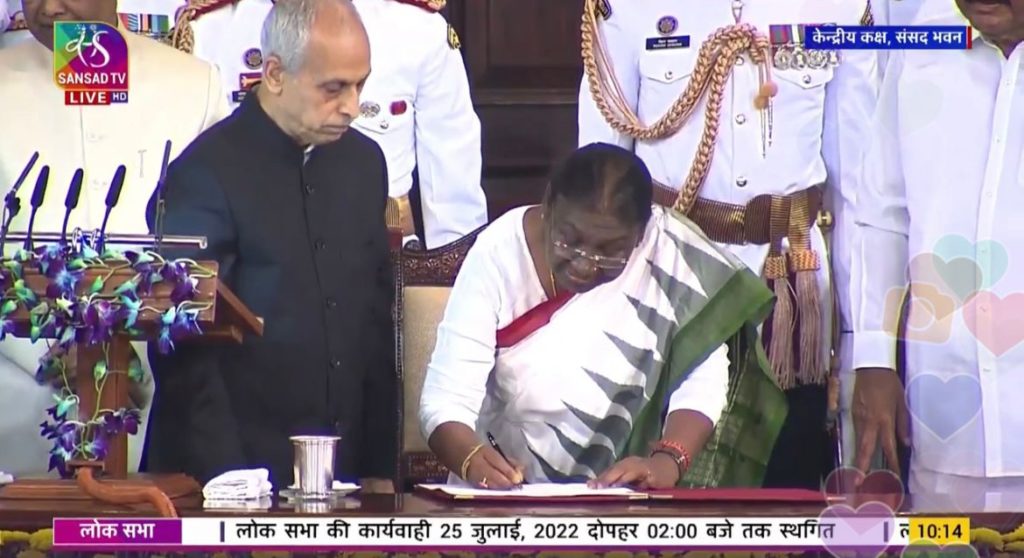 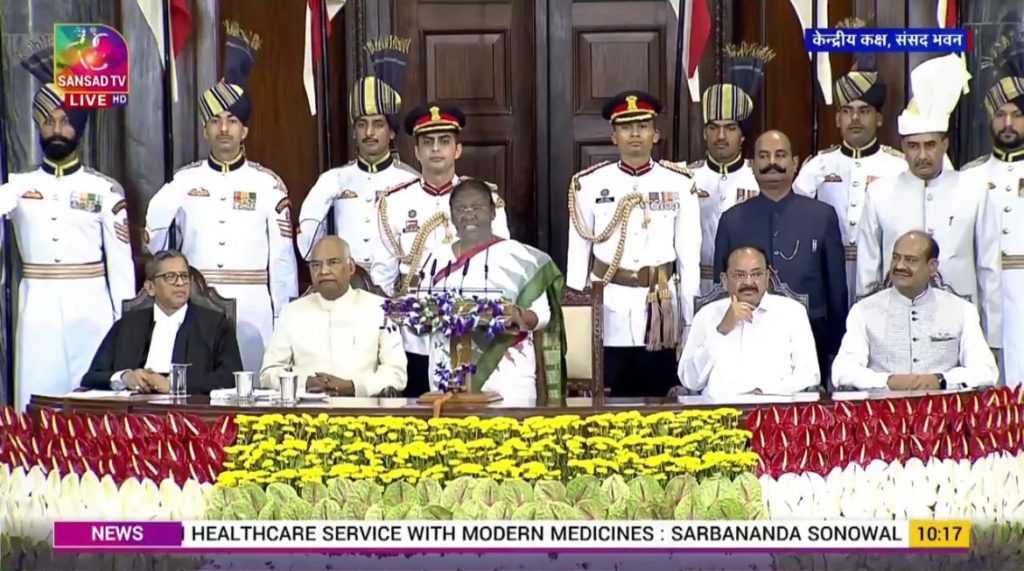 “I started my life journey from a small tribal village in Odisha. From the background I come from, it was like a dream for me to get elementary education. But despite many obstacles, my resolve remained strong and I became the first daughter of my village to go to college. I belong to the tribal society, and I have got the opportunity to become the President of India from the Ward Councilor. This is the greatness of India, the mother of democracy”, the President said in her address.

“In my life so far, I have experienced the meaning of life in public service. There is a line from Sant Kabi Bhima Bhoi, an eminent odia poet of Jagannath Kshetra: “Mo jibana pache narke padithau jagata udhara heu” that means, the work has to be done for the welfare of the world greater than the benefit and harm of one’s life” the daughter of Odisha added.