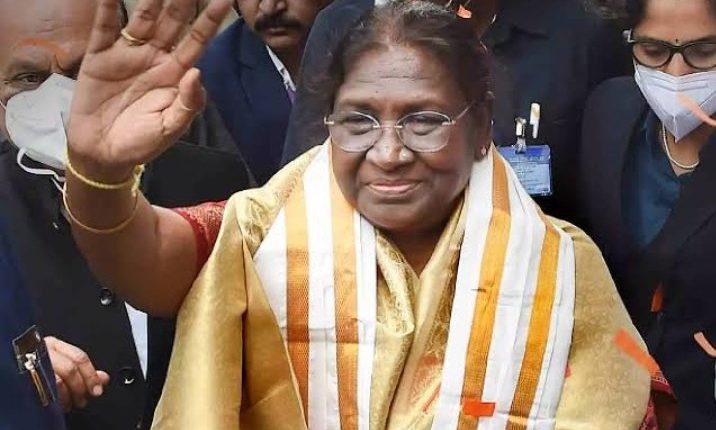 She defeated former Finance Minister of India and opposition candidate Yashwant Sinha in the polls, voting for which was held on July 18. 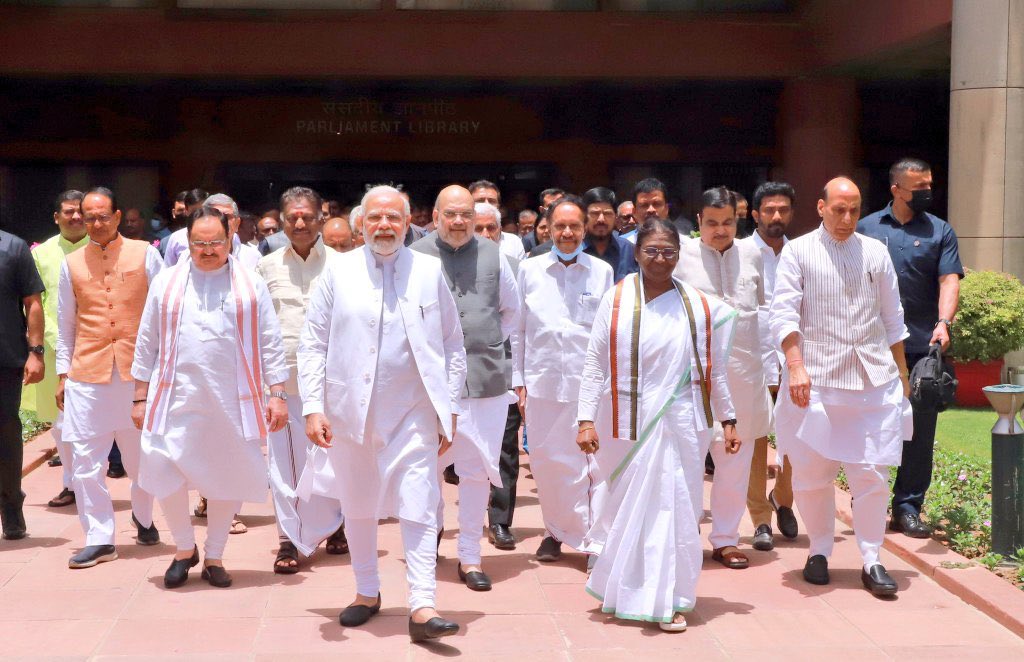 Droupadi Murmu after 1st Round of Counting of votes of the MPs:

Droupadi Murmu after 2nd Round of Counting of votes of the MLAs:

With this, NDA Presidential candidate Droupadi Murmu has crossed the 50% mark of total valid votes at the end of the third round of counting.

Soon after her victory was sealed, PM Narendra Modi and BJP President JP Nadda visited Murmu’s residence to congratulate her. 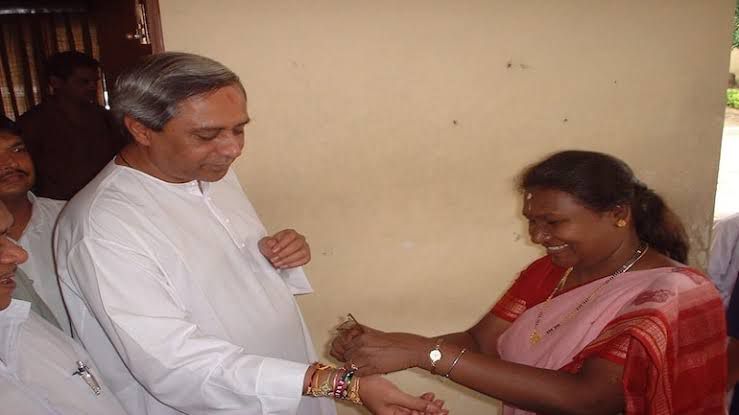 When Murmu was an MLA from BJP and the BJP-BJD coalition Government was in power in Odisha, Droupadi Murmu tied Rakhi to Odisha Chief Minister Naveen Patnaik.
Emotional over the rousing welcome accorded to her by the State Government, Murmu said that CM Naveen Patnaik kept his ‘rakhi’ promise by announcing his party’s support for her candidature.
Earlier, the CM had urged Odisha Assembly members to vote for Droupadi Murmu in the presidential election, rising above the party lines, as she is the daughter of the soil.
Over 20,000 laddus were prepared and 100 banners have put up at Rairangpur in Mayurbhanj district, at the native village of Murmu to celebrate her victory at the presidential election. Folk artistes and tribal dancers are ready to hit the streets as soon as the results are declared. 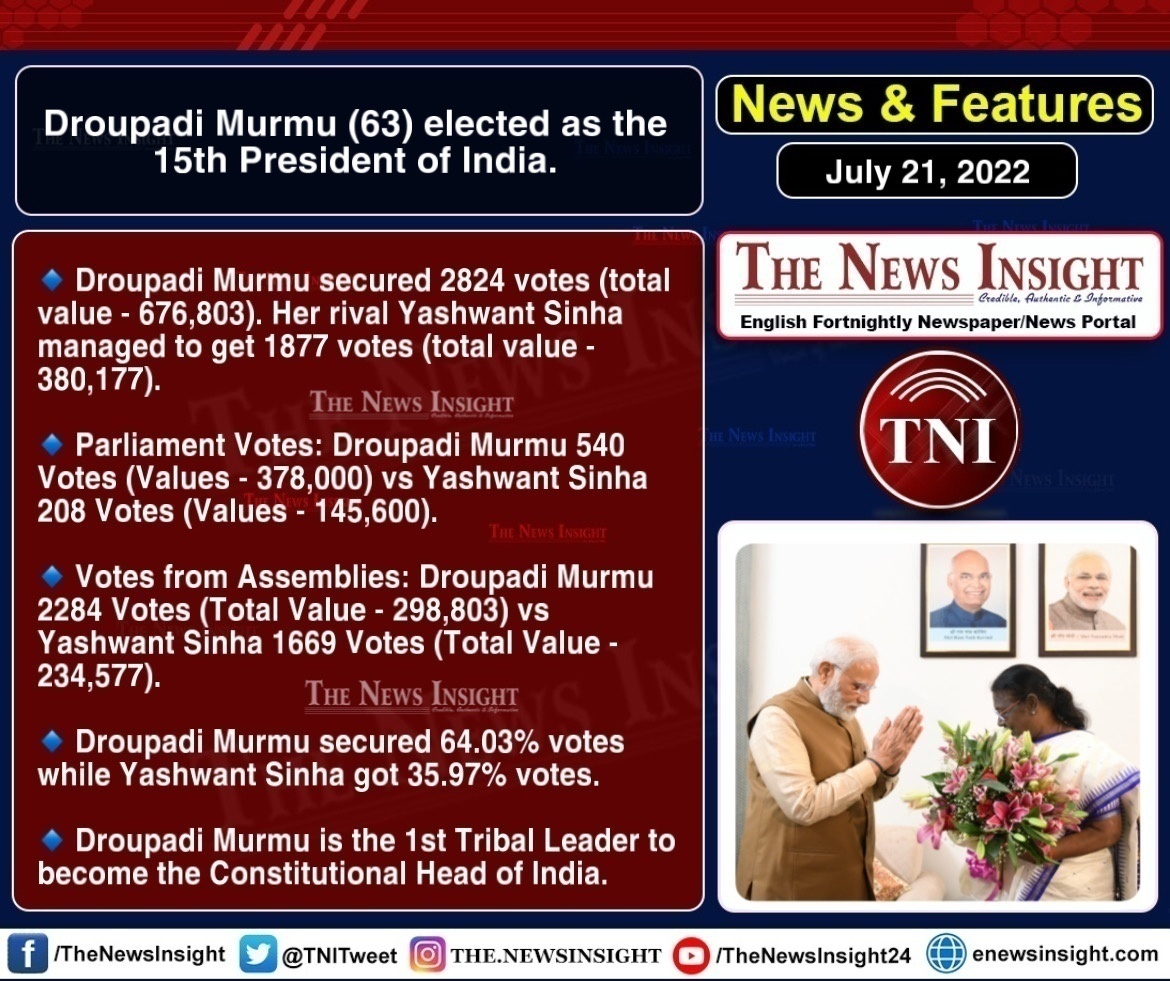 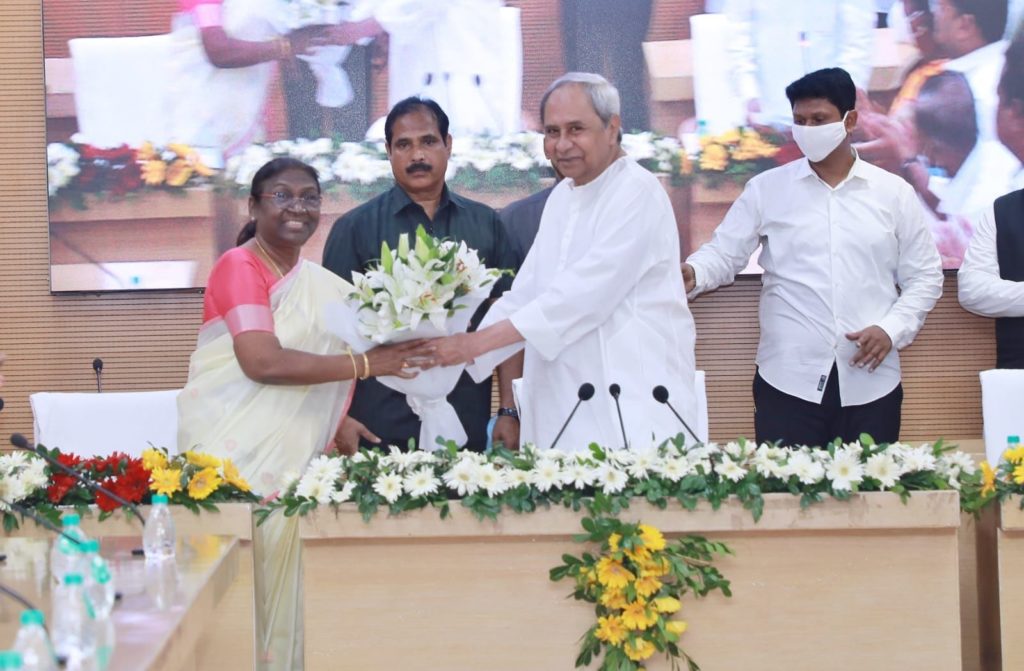