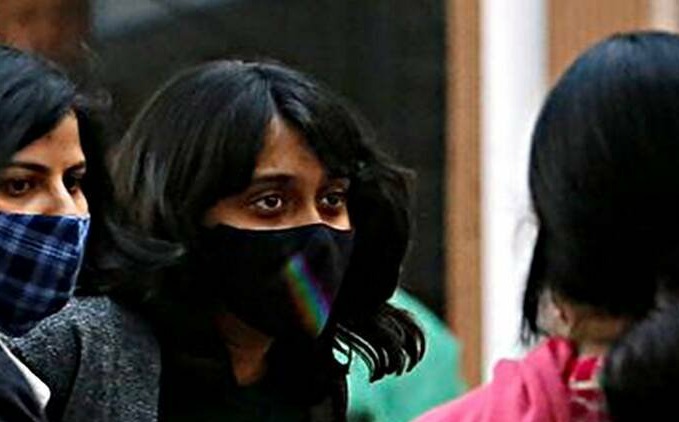 TNI Bureau: While granting bail to Climate Activist Disha Ravi in ‘farmers protest’ toolkit case, a Delhi Court termed the entire investigation ‘scanty and sketchy’, which failed to establish any link between the accused and January 26 violence.

“Considering the scanty & sketchy evidences on record, I do not find any palpable reason to breach the rule of bail for a 22-year-old girl who has absolutely no criminal antecedents”, Additional Session Judge Dharmender Rana.

The court ruled that prosecution failed to establish any link between the banned organization “Sikhs For Justice” and Disha Ravi.

“There is not even an   iota of evidence brought to my notice connecting the perpetrators of the violence on 26.01.2021 with the said Poetic Justice Foundation or Disha Ravi, the Judge said. The court also observed that PJF is not a banned organization.

“Citizens are conscience keepers of government in any democratic nation. They cannot be put behind the bars simply because they choose to disagree with the State policies,” the order said.

The Court granted bail to Disha Ravi on condition to furnish two sureties of Rupees One Lakh each. The court also instructed her to co-operate in the investigation and not leave the country without court’s permission.

Throughout the hearing on Saturday, the Judge continued to grill the Delhi Police and their lawyer, but they failed to convince the court. At one point of time, the Judge had to say “either I am unable to understand what you are saying or you are trying to avoid my questions”.

Disha Ravi was arrested on February 13 from Bengaluru and brought to Delhi. She has already completed 4 days in police custody and remaining days in jail.