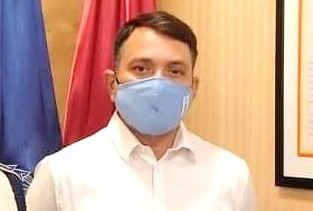 Captain Dibya Shankar Mishra accused 3 media houses – Argus TV, OTV and Odisha Reporter of hounding him with a malicious intent and decided to file defamation suit against them.

Dibya also swore in the name of Maa Manikeswari that he had no role in Mamita Meher murder case.

➡️ I am deeply saddened and anguished by the unfortunate death of Ms. Mamita Meher. I am a father and I can understand the trauma the family must be going through. My deepest condolences to the family of Mamita Meher. The guilty must be given strictest punishment as per law.

➡️ Before I joined politics, I worked in the Armed Forces of this nation; I was in the Air Force. In the Air Force, I learnt one thing; to sacrifice oneself but to ensure that not one civilian is hurt. When I joined politics, I brought the same philosophy from my Air Force days. That though I may suffer, not even a single person should suffer. From the time I entered public life, I have focused on the development of my constituency Junagarh in Kalahandi.

➡️ However, I was shocked by the manner in which certain media have launched a malicious character assassination campaign based on falsehood against me. This has also hurt my family.

➡️ These media apart from their smear campaign have also been questioning my silence. I have always believed that in sensitive heinous offences, law enforcement agencies should act in a free and fair manner so that the accused meet the ends of justice. Hence I always avoided commenting on heinous offences. But I felt the need to give a statement as this smear campaign has been affecting my family.

➡️ This malicious smear campaign by these media and opposition political parties marks a new low in the political discourse of Odisha, especially where certain sections of media is being used for narrow political gains at the cost of truth, empathy and sensitivity in heinous offences.

➡️ I would urge the opposition political parties and media, if you have an iota of evidence against me in this matter, then please take it to the Police or the Courts. I will not only resign from my position but will also retire from public life but don’t indulge in smear campaigns with personal political agenda.

➡️ I request these media groups not to use this heinous offence for their personal political agenda but rather live upto the journalistic ethics which is expected of journalists and media houses.

➡️ I had left the high paying job of a Pilot and joined politics to serve the people of ]unagarh and Kalahandi. I swear in the name of Maa Manikeswari on whom I as well as people of Kalahandi have deep faith in, that I have nothing to do with this offence.