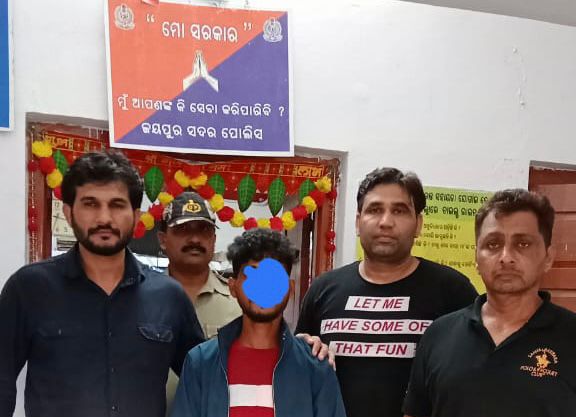 TNI Bureau: In a crackdown against the illegal smuggling of narcotics, the Anti Narcotics Cell of the Delhi crime branch on Tuesday arrested a drug peddler from Jeypore in Koraput district with the help of Jeypore Sadar Police.

As per report, the accused identified as Loknath Pangi sold 106 kg of Ganja to some drivers in New Delhi.

While interrogating them, Anti-Narcotics cell came to know that the drivers had bought ganja from the accused Loknath.

The accused drug peddler was forwarded to the District and Sessions Court in Koraput.

While the Delhi Police anti-narcotics task force had sought remand for the accused, the District Magistrate and Sessions Judge Court granted remand for the same.

The Anti-Narcotics Wing took the accused to New Delhi yesterday evening. After this incident, it became clear that Ganja was being transported from Koraput district to New Delhi.