This act of illegal liquor traders came to the fore on Monday when the police raided two villages of Guna district. 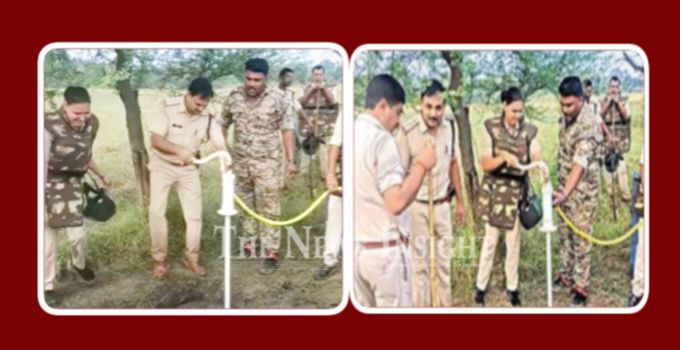 TNI Bureau: In a shocking incident, in Madhya Pradesh, no water but alcohol came out after running a hand pump. This act of illegal liquor traders came to the fore on Monday when the police raided two villages of Guna district.

As soon as the police started the hand pump found on the spot, alcohol started coming out of it. When excavated beneath it, tanks full of illicit liquor have been discovered. These tanks were about 7 feet deep in the ground. During the operation, the police destroyed a large quantity of liquor.

These are Chanchoda of Guna and 2 villages of Raghogarh. The land here spews raw liquor. Illegal liquor makers have buried tanks in 7 feet deep pits here. Hand pumps have been installed over it. They make liquor out of them. The liquor extracted from it is sold by filling it in polybags.

On Monday, the police raided two places of illegal liquor. During this, thousands of liters of raw liquor were also confiscated. However, the accused escaped. Police have identified 8 accused. 8 cases have been registered in 2 police stations.

Most of the people of Kanjar community live here. Almost every family in the village works in making raw liquor. They have set up kilns of raw liquor at various places.

Both these villages are in the wooded area, so this place remains the main center for the production of raw liquor. The advantage of being a forest is also available during the police raid. The accused take advantage and run away in the dense forests.