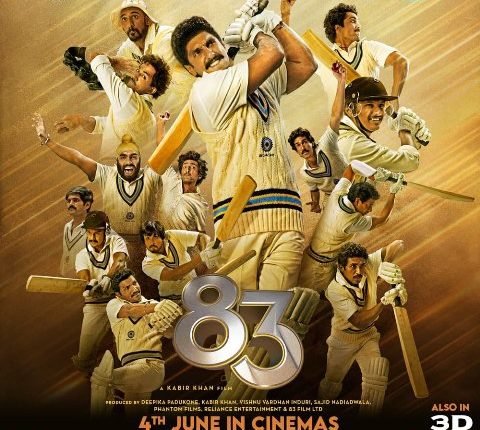 Ranveer Singh will play the role of legendary Indian cricketer Kapil Dev in the film who led India to its first Cricket World Cup victory in 1983.

83 will be available in Hindi, Tamil, Telugu, Kannada and Malayalam.

Ranveer took to Twitter and shared a poster of the film and made the announcement.

Directed by Kabir Khan, the movie is being co-produced by Madhu Mantena, Sajid Nadia and Reliance Entertainment.