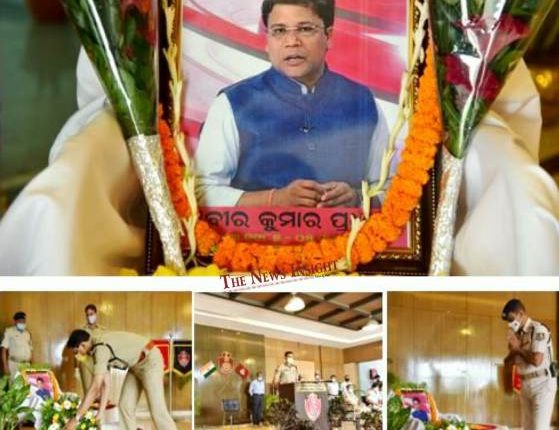 “With deep shock & sorrow we condole the death of senior TV reporter Prabeer Pradhan to Covid. Prabeer was about 35, covered the crime beat for @News18Odia, was a lively person committed to journalism & has left behind a young family.Our deepest condolences. RIP,” was the statement issued by the Commissionerate Police.

Earlier, DGP Abhay had also condoled the death of Prabir Pradhan. “Saddened to learn of untimely demise of young and promising journalist Prabir Pradhan,who used to cover crime n Police. Recently his father, a retired police officer, had left us all. Talked to his sister to convey condolences. May he attain Sadgati,” the DGP tweeted.

Prabir, a Crime Reporter with News18 Odia, was extremely popular in his circle. His father had died of Covid-19 two months ago. Prabir recently got infected with Corona and admitted to the Covid Hospital with severe lungs infection. The Doctors tried their best to save him, but in vain. He had suffered 90% damage to his lungs.

Prabir Pradhan is survived by his wife and a two-year-old daughter. He was the only son of his parents.