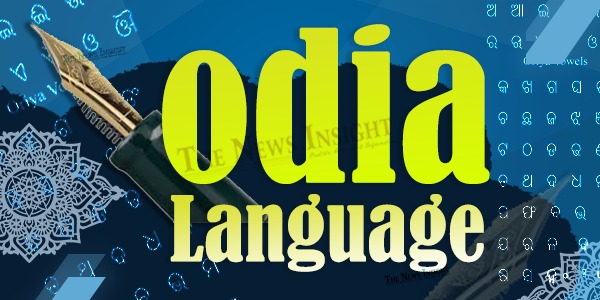 Insight Bureau: In a bid to preserve and promote awareness of linguistic, multi-linguistic and cultural diversity across the globe, every year 21st February is celebrated as International Mother Language Day (Matrubhasha Divas). It was first approved at the 1999 United Nations Educational Scientific and Cultural Organization (UNESCO) General Conference and since 2000 this day has been observed throughout the world.

This day represents an unfortunate incident that happened on 21, February 1952 when four students of the University of Dhaka, East Pakistan (currently known as Bangladesh) sacrificed their lives to protect their mother tongue Bangla. This year, the theme for the International Mother Language Day is “Using technology for multilingual learning: Challenges and opportunities.”

In a statement the UNESCO body said: “Technology has the potential to address some of the greatest challenges in education today. It can accelerate efforts towards ensuring equitable and inclusive lifelong learning opportunities for all if it is guided by the core principles of inclusion and equity. Multilingual education based on mother tongue is a key component of inclusion in education.”

A recent survey by UNESCO, United Nations International Children’s Emergency Fund (UNICEF), World Bank and Organisation for Economic Co-operation and Development (OECD) in 143 countries on national education responses to school closures owing to COVID-19 lockdowns showed that 96 per cent of high-income countries provided remote learning through online platform for at least one education level compared to only 58 per cent of low-income countries. In low-income contexts, the majority of these countries reported using broadcast media such as television (83%) and radio (85%) to ensure continuity of learning.

“Technology can provide new tools for protecting linguistic diversity. Such tools, for example, facilitating their spread and analysis, allow us to record and preserve languages which sometimes exist only in oral form,” UNESCO Director-General Audrey Azoulay said in her message on the occasion of International Mother Language Day 2022.

Sky is The Limit for ‘Mrs Universe Canada’…

Putting simply, she added, “These tools make local dialects a shared heritage. However, because the internet poses a risk of linguistic uniformization, we must also be aware that technological progress will serve plurilingualism only as long as we make the effort to ensure that it does.”

The world has around 7,000 languages whereas India alone has about 22 officially recognized languages, 1635 mother tongues and 234 identified mother tongues. At least 43% of estimated languages spoken in the world are endangered. Only a few hundred languages have been genuinely given a place in education systems and public domain. Also, 40% of the global population does not have access to education in a language they speak or understand.

It is worth mentioning that India has recently announced the National Education Policy (NEP) 2020 and given maximum attention to the development of mother tongues. The policy recommends that as far as possible, the medium of instruction shall be, at least till class 5, (preferably up to grade 8 and beyond) mother tongue / vernacular / regional language.

When it comes to Odisha, Odia is the sixth Indian language to be designated a Classical language on 20th February 2014 on the basis of having a long literary history and not having borrowed extensively from other languages. According to 2011 census, 3.1% of Indians in India are Odia speakers, of which 93% belong to Odisha. Others are using Hindi, Urdu, Bengali, Telugu etc. languages.

The border areas of Odisha are influenced by people of other states to which it attached so in those places the language is mixed and people used a mixed version of Odia and other languages. This has created threat to Odia language and the threat is coming from our own people’s attitude. It the responsibility of Odia people to make their every effort to spread and promote the language.

Odia parents should teach their children the language and inculcate in them a habit of interacting in their mother tongue. Odia language is a very sweet and heart touching language that is easy to speak, read and write.

Tensions in Shivamogga over murder of Bajrang Dal Activist Harsha