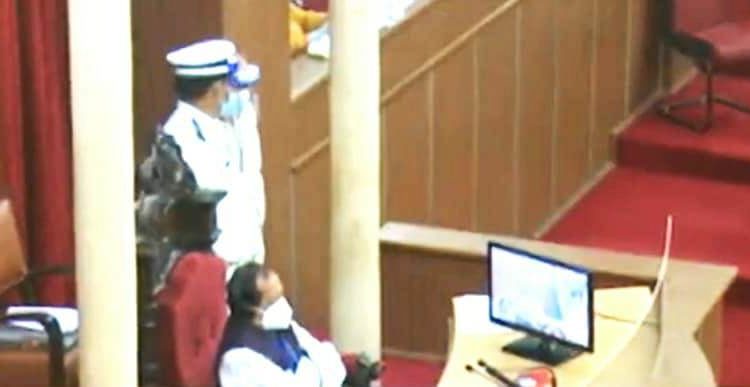 TNI Bureau:   Odisha Assembly witnessed a new low on Saturday, as 3 BJP MLAs – Jayanarayan Mishra, Bishnu Sethi and Mohan Majhi breached the sanctity of the House by hurling shoes and other materials at the Assembly Speaker.

These 3 BJP MLAs have been suspended from the House till the end of the Budget Session, by Speaker Surjya Narayan Patro following the demands from BJD and Congress MLAs who disapproved the act.

According to reports, the shoes were hurled by Jayanarayan Mishra and Bishnu Sethi. Mohan Majhi was also part of the ruckus. They also hurled mic, earphone and own at the Speaker’s Podium.