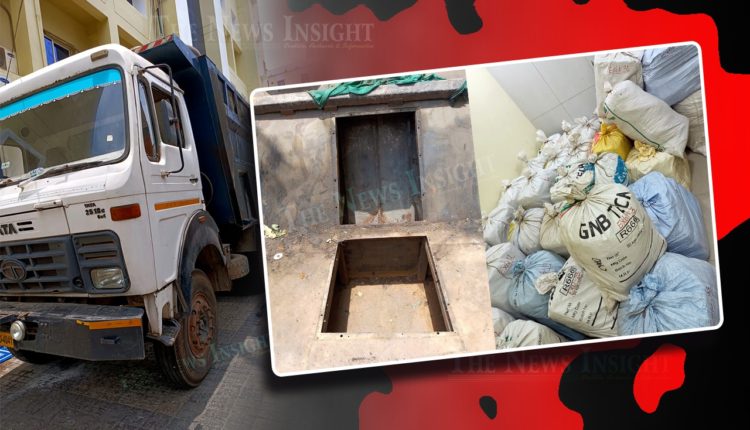 Insight Bureau:  As part of its special drive against narcotic drugs, the Special Task Force (STF) of Odisha Police has arrested a man from Bihar while he was carrying more than 10 quintal of ganja in a Secret Chamber of a Hywa on National Highway 16 near Tamando Crossing in Bhubaneswar on Friday evening.

During search, ganja weighing 1010 kg (more than 10 quintal) was found concealed in a secret chamber of the vehicle. The vehicle along the contraband ganja has been seized.

The accused person will be forwarded to the District and Sessions Court Bhubaneswar.

Since 2020, STF has seized more than 52 Kg of Brown Sugar/Heroin, 202 Gram Cocaine and more than 103 quintals of Ganja/Marijuna, Opium 750 gram and arrested more than 146 drug dealers/peddlers.