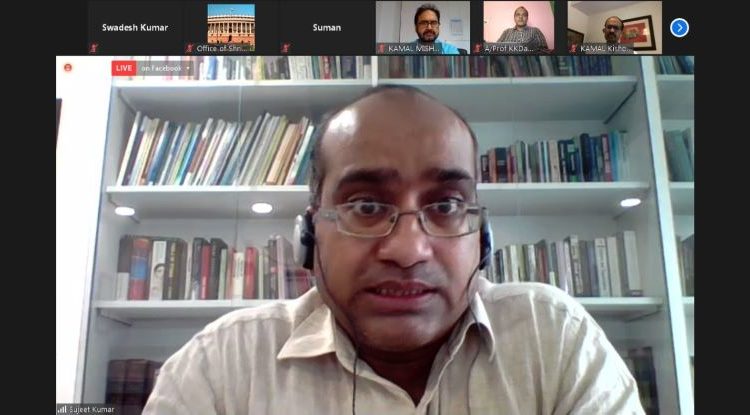 The event started at 10.00 am IST as Prof. Kamala Kanta Das introduced and initiated the event. The introductory speech was made by MP Shri Sujeet Kumar where he emphasized on the vulnerability of Odisha in climate related risks, mentioning how the state had come a long way in resilient disaster management since the damage caused by the super cyclone of 1999. MP Kumar ended his speech by stressing how his government was open to suggestions that would reform climate resilience further.

The floor was then handed to the keynote speaker, Kamal Kishore, who took the participants through several points of potential advancement in disaster management. Starting with ‘beyond saving lives to also saving livelihoods’, Kishore pointed at how Odisha had done a great job with saving lives but still had miles to go in saving livelihoods and infrastructure. Bringing in an example, Kamal Kishore illustrated how the brief capsizing of one industry could cause ripple effects that would affect several other industries and subsequently, the citizens.

Kamal Kishore further pointed out that the financing of infrastructure should be such that it would encourage resilient infrastructure. To this end, Kishore stated that there should be risk assessment for any infrastructure to the point where not only present disasters were taken into account but future disasters would also be handled with proper resources.

The question of maintaining and promoting ecological infrastructure was also raised, wherein Kishore proposed a coexistence between ecological and economic infrastructure. To this end, Kishore emphasised on integration in infrastructure, reforming such infrastructures in context of each other, as opposed to developing each one in a vacuum.

The discussion then was handed on to the other panelists in the conversation. Several points on several pertinent issues were raised, starting with how Odisha’s placement plays a gigantic role in the extreme climate changes it experiences, the same playing a substantial role in the state’s flood vulnerability.

Once the problems were all brought in, solutions were suggested by the panelists, starting with how the Odisha government’s use of resilient infrastructure, albeit expensive, had saved several key functional substructures from damages in cyclones such as Amphan and YAAS. There was also emphasis played on how humanistic the approach of the government was when it comes to disaster management, where it was stated that the primary goal of the government during any such climate based disaster is the zero casualty model at any cost, where no life is compromised.

As people were shown to be key stakeholders in any disaster, the concept of community participation was introduced, with the discussion on ‘public-private-community’ taking the center stage. It was mentioned that no matter the climate disaster, everyone suffers the same, and therefore even the private sector joins in on reforming and moving towards resilient infrastructure.

The discussion ended on the panelists unanimously agreeing on integration and community participation, where Kamal Kishore enthusiastically extended a suggestion towards center-state partnership on advancing Odisha’s climate resilient infrastructure. Finally, a few questions that were posed by the participants were answered by the panelists. When asked if administrative officers should be mandatorily trained in disaster management, Dr. Kamal Lochan Mishra, later deeply explaining his answer, strongly answered with a yes. 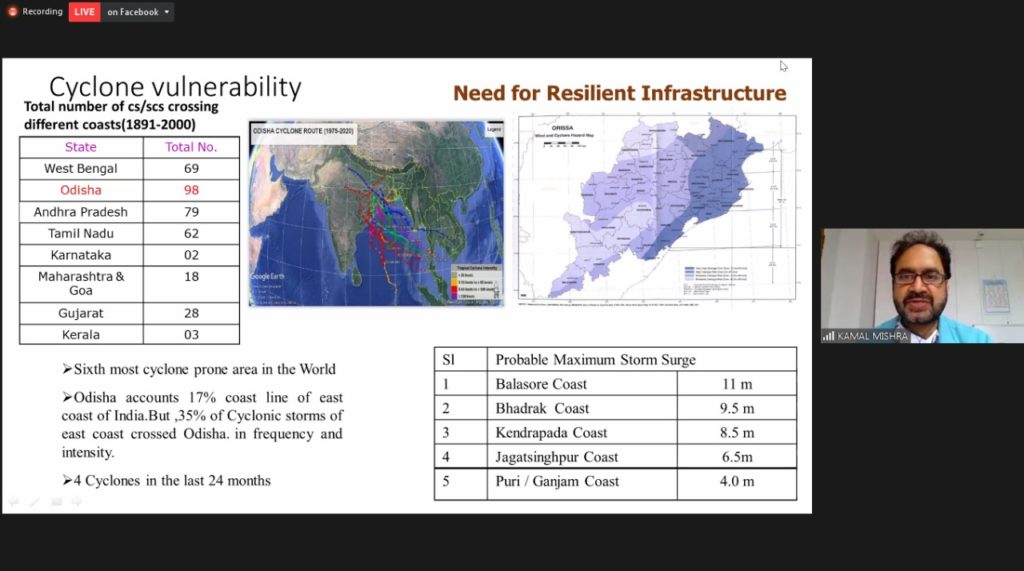 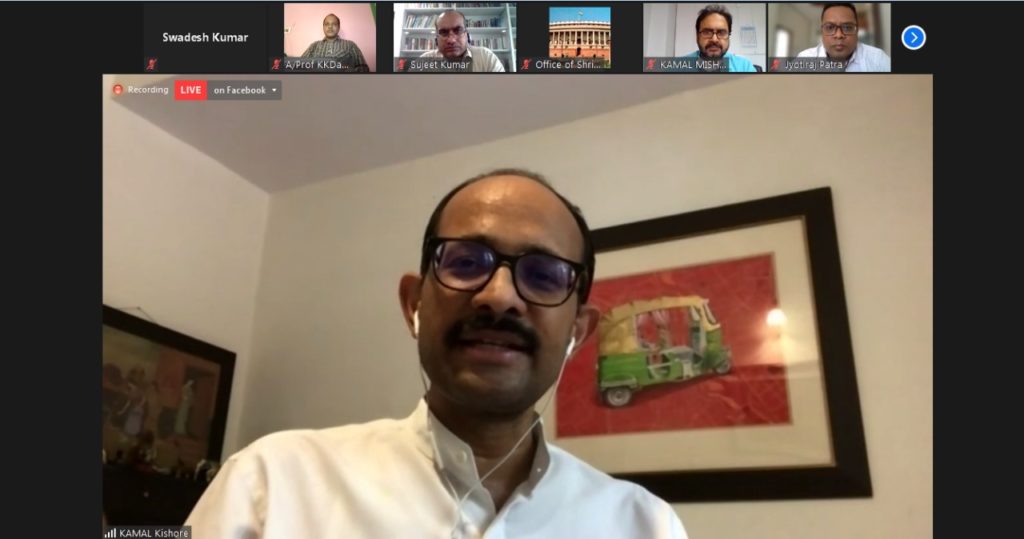