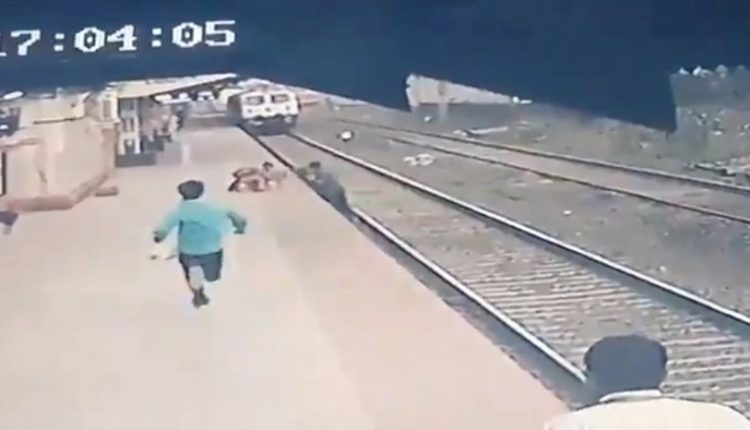 TNI Bureau: Central Railways Pointsman Mayur Shelke becomes a Hero and draws accolade for saving the life of a six-year-old child who fell on the railway track.

The incident occurred on Saturday, April 17, at around 5:03 PM on Platform Number 2 of Vangani Railway Station, Mumbai. The kid accidentally fell on the track while walking with his visually impaired mother on the platform. He tried to climb up to the platform, but could not.

Mayur Sakharam Shelke, who was on duty at that time, saw the kid struggling while a passanger train – Udyan Express was approaching on the same track speedily.

Without a second thought, Mayur ran towards him, jumped to the track and put the kid on the platform. He had a narrow escape from the speeding train. It was a matter of few seconds. He not only saved the child, but also remained safe.

“I was just blank for almost 15 to 20 minutes”, he revealed. Mayur was appreciated by the staff & DRM of Mumbai Division of Central Railway.