Want peace, but will retaliate if provoked: PM Modi 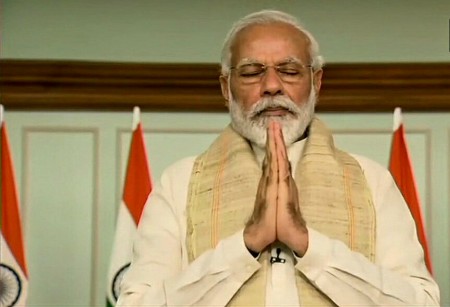 TNI Bureau: Prime Minister Narendra Modi has finally broken his silence on the violent clashes between India and China on LAC in Golwan Valley in Ladakh, that claimed lives of 20 Indian Army personnel. “I assure the Nation that sacrifice of our Jawans won’t go in vain,” said Modi during the virtual meeting with Chief Ministers on COVID-19.

A two-minute silence was observed in respect of the Veer Jawans at the start of the meeting. “Let’s be proud of the fact that our Veer Jawans sacrificed their lives while killing the enemies,” said PM Modi.

Modi issued a warning to China, saying “For us, the unity and sovereignty of the country is most important. There won’t be any compromise on this. India wants peace, but is capable to give a befitting reply when instigated whatever may be the situation.