The 59-second video has gained over 6.9 million views on Twitter, with people pouring over the sight of'mommy' elephant being surrounded by the herd while giving birth. 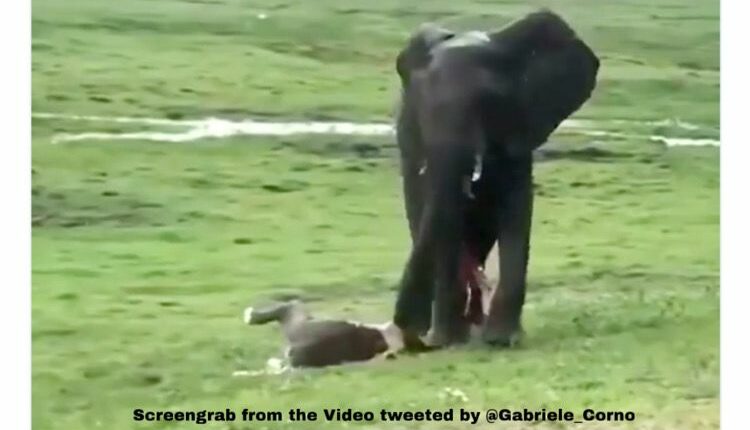 TNI Bureau: A visual of an elephant giving birth in Kenya’s Masai Mara reserve went viral on social media. The 59-second video has gained over 6.9 million views on Twitter, with people pouring over the sight of’mommy’ elephant being surrounded by the herd while giving birth.

The baby elephant is just as adorable as the video. It rolls on the ground, unable to stand up straight, when the mother elephant approaches, attempting to assist it in gaining a firm grip. At this point, the herd’s other members can be seen circling the duo.

Notably, he had posted this video earlier on August 15, which gained 11 million views.

The Masai Mara National Reserve is a 1500 square km area of preserved savannah wilderness in southwestern Kenya, near the Tanzanian border. The reserve, known locally as The Mara, is home to an abundance of wildlife and endless plains. According to the national reserve’s official website, The Masai Mara has the highest concentration of wild animals in the world, with more than 40% of Africa’s larger mammals found here.