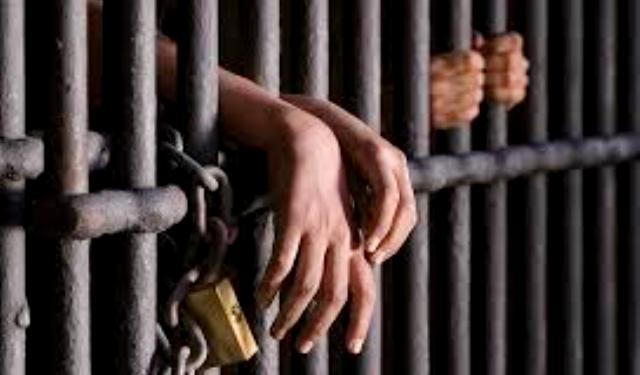 TNI Bureau:  The Commissionerate Police has arrested two persons in connection with the viral audio clip in which they were discussing on “Covid Mismanagement” at Bhubaneswar Hospitals.

One of the arrested persons, is said to be an employee of Ortel Communications. He has been identified as Laxmikant Behera. He was admitted to Covid Hospital in July 2020. In the viral audio clip, he was talking to his friend Biswajit Mohanty.

The Commissionerate Police claims that the audio recording has been prepared and circulated, edited, uploaded and propagated with malafide and mischievous intention as the clip contains misleading and false information about Covid Pandemic.

“The mischievous conversation is trying to make others believe that there is false Corona positive reports, persons are being shifted to hospitals falsely showing them positive, there is certain target for number of patients to be fetched by the hospitals etc. This goes against the guidelines related to the management of the present Disaster and violates many legal provisions, thus attracting criminal action”, said the Commissionerate Police. 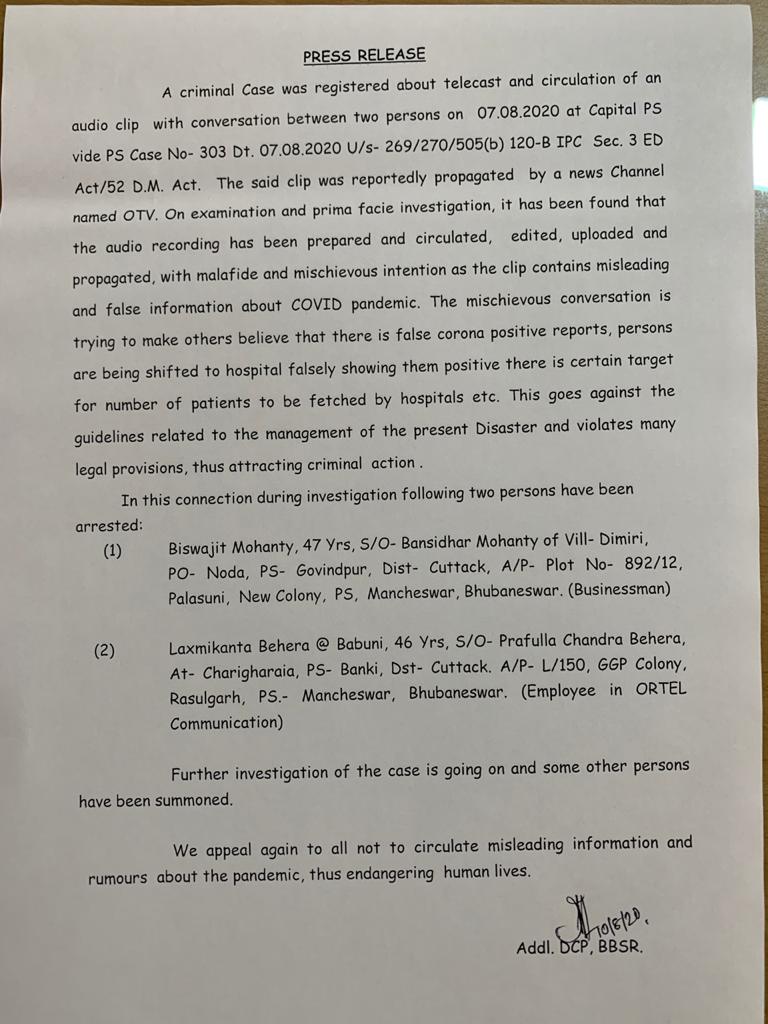 People who started making this audio clip viral, are being tracked. Earlier, a case has been lodged against leading News Channel OTV for posting the audio on its platforms without verification.

Meanwhile, OTV has rubbished the allegations levelled against it, saying it just wanted to highlight the conversation between a recovered COVID-19 patient and friend, which talked about COVID mismanagement.

Journalists and Intellectuals in Odisha seem to be divided on this issue. Some accuse the Govt of witch-hunting and asked it to probe the allegations of irregularities and mismanagement.

However, there are others who believe that the news channel should not have promoted a viral audio clip which was a conversation between two anonymous individuals. They drew attention to the viral audio clip on Covid-19 situation in Nagpur a few months ago, which later turned out to be fake.