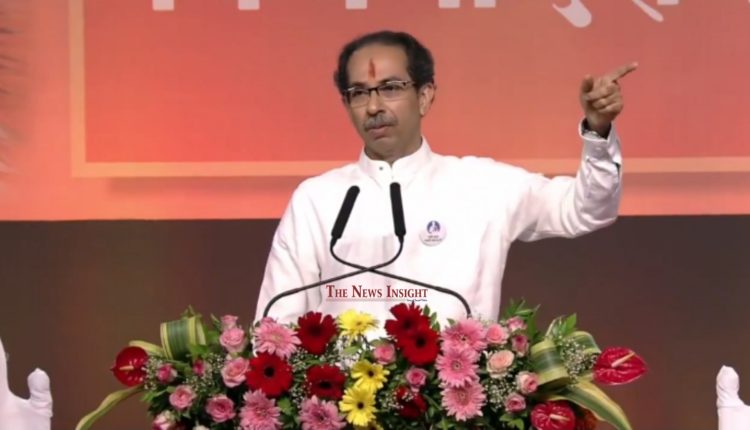 TNI Bureau: As the Maharashtra Vikas Aghadi (MVA) completes one year today, Chief Minister Uddhav Thackeray hits out at his erstwhile ally BJP calling it as a blot on Hindutva.

“My Hindutva is cultured. I may attack the Opposition on policy, but won’t stoop to the low by attacking their family. We never launched personal attacks; never attempted to destroy their lives. This is the Hindutva I inherited from my father and grandfather. What they practise today, is deceit – a blot on Hindutva”, said Uddhav.

“The BJP must remember they also have families and children. They are not clean. We know how to deal with them,” said Uddhav in the wake of personal attacks on his son and wife by a section.

“I don’t believe in revenge and vindictive politics. I should not be compelled to take action”, he added.

While evading question on future alliance with BJP, Uddhav wondered how would it be possible to go with a party that has replaced civility with perversity.

Uddhav’s outburst came in the wake of personal attacks on his wife and son as well as ED raids on Shiv Sena MLA Pratap Sarnaik and his son. It can be recalled that Sarnaik had moved a breach of privilege motion against Republic TV Editor Arnab Goswami and also sought reopening of investigation into the suicide of interior designer Anvay Naik.