The country grieved a heartbreaking loss as it remembered nonagenarian sprint legend Milkha Singh, who died on Friday after a month-long battle with COVID-19. 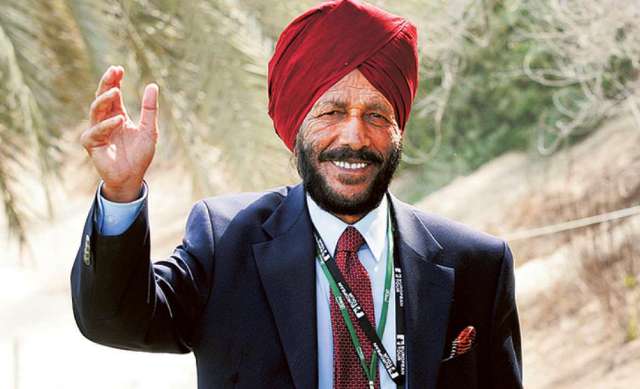 TNI Bureau:  The country grieved a heartbreaking loss as it remembered nonagenarian sprint legend Milkha Singh, who died on Friday after a month-long battle with COVID-19. He was hailed by the whole country, with Prime Minister Narendra Modi describing him as a “colossal sportsperson who captured the nation’s imagination.”

He died in Chandigarh’s PGIMER hospital less than a week after his wife, former national volleyball captain Nirmal Kaur, succumbed to the same illness.

Honorary Captain Milkha Singh, commonly known as The Flying Sikh, was an Indian track and field sprinter who was exposed to the sport while serving in the Indian Army. He is the only athlete to win gold in the 400m race at both the Asian and Commonwealth Games.

“I had spoken to Shri Milkha Singh Ji just a few days ago. Little did I know that it would be our last conversation. Several budding athletes will derive strength from his life journey. My condolences to his family and many admirers all over the world.” PM Narendra Modi tweeted remembering the athlete.

India’s athletic community also paid tribute to one of its most inspirational personalities, who remained a keen observer even after retiring from the sport.

Home Minister Amit Shah expressed his condolences, saying that one of India’s finest sports stars has died. He tweeted, “India mourns the sad demise of legendary sprinter Shri Milkha Singh Ji, The Flying Sikh. He has left an indelible mark on world athletics. Nation will always remember him as one of the brightest stars of Indian sports. My deepest condolences to his family and countless followers”
The death of the ‘Flying Sikh’ has stunned the nation. His achievements not only filled India with pride, but also inspired generations of sports enthusiasts.