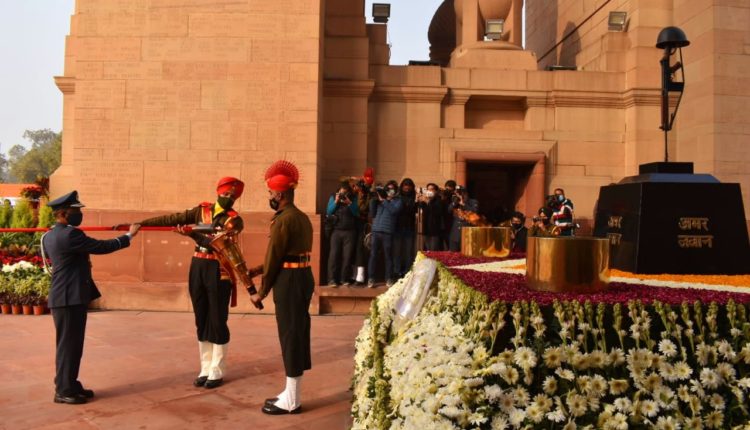 ➡️ Odisha government releases list of Ministers and other dignitaries who will hoist the National Flag & take salute in different districts on Republic Day.

➡️ According to “Mood of the Nation” (MOTN) survey by ‘India Today’, Odisha Chief Minister Naveen Patnaik has been voted as the most popular CM with 71.1% votes.

➡️ Statue of Subhash Chandra Bose to be installed at India Gate on his birth anniversary.

➡️ Instead of the existing limit of 4 members, now 6 members can be registered using one mobile number on Co-WIN: Government of India.

➡️ Over 4️ crore of our teens between 15-17 years received their first dose of COVID-19 vaccine in just 19 days.

➡️ Narendra Modi Most Popular leader in World with 71% Rating, revealed a survey.

➡️ Complete lockdown in Tamil Nadu on January 23 (Sunday) in view of the surge in COVID-19 cases.

➡️ US President Joe Biden confirms Kamala Harris would be running mate in 2024.