👉 The penultimate semester exams for the students of UG/PG courses in Odisha will be held between March 16 and March 31. Final semester exams will take place between June 16 and June 30.

👉 18 Covid-19 patients have recovered from the disease in the Capital city in the last 24 hours.

👉 Puri Jagannath Temple has opened up for public from today. Devotees with their COVID negative reports visited the holy site.

👉 Odisha Government will soon come up with a Standard Operating Procedure (SOP) for reopening of hostels with reopening of schools for Class 10 and 12 students.

👉 Girl falls into river while clicking selfie at Kanakund in Odisha’s Sundargarh district. 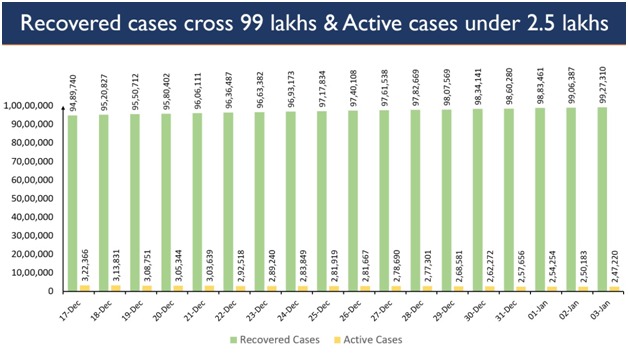 👉 17 people killed after an under construction ceiling collapsed at a cremation ground in Uttar Pradesh’s Muradnagar on Sunday.

👉 6 dead as bus carrying marriage party from Karnataka falls on a house in Kerala.

👉 COVAXIN is being approved for restricted use in an emergency by Drugs Controller General of India (DCGI): ICMR.

👉 Railway Recruitment Board (RRB) NTPC 2nd phase CBT exam will be conducted from January 16 across the country.

👉 PM Narendra Modi will dedicate the Kochi-Mangaluru Natural Gas Pipeline to the nation on 5th January at 11 am.