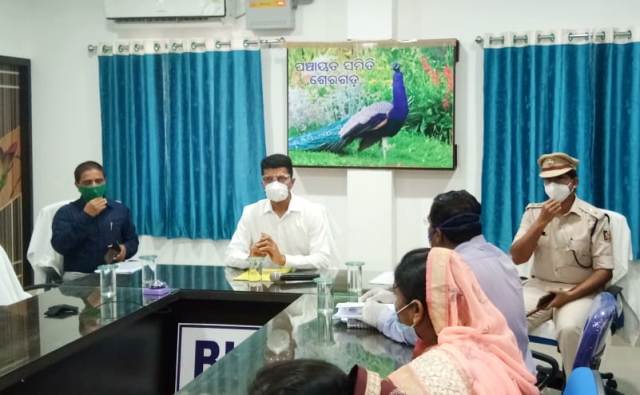 * Fishermen restricted to venture into sea from today, Collectors asked to be prepared for shifting of people to safer places, if situation arises.

* Thunderstorm with lightning and light to moderate rain likely to occur at one or two places over the districts of Koraput, Nabarangpur, Nuapara, Kalahanadi, Balangir between 2PM & 5PM today: IMD.

* Ratha chaka dera anukula held on the occasion of Bhaunri festival in Puri.

* Low-pressure area over south-east Bay of Bengal to intensify into a depression during next the 12 hours and into a cyclonic storm by 16th May evening: India Meteorological Department (IMD).

* Part of Army HQ Sena Bhawan in Delhi sealed after one suspect and one confirmed case of COVID-19 detected.

* Tribal Affairs Minister Arjun Munda launches “GOAL – Going Online As Leaders-programme of his Ministry in partnership with Facebook at Webinar in New Delhi.

* Migrants from Jharkhand protest in Mangalore, demand action to take them home.

* Supreme Court decides that five benches, ordinarily comprising 3 judges, will take up all kinds of pending and fresh matters.

* Karnataka: People gathered in large numbers y’day in Kolagondanahalli village of Ramanagara for a village fair.