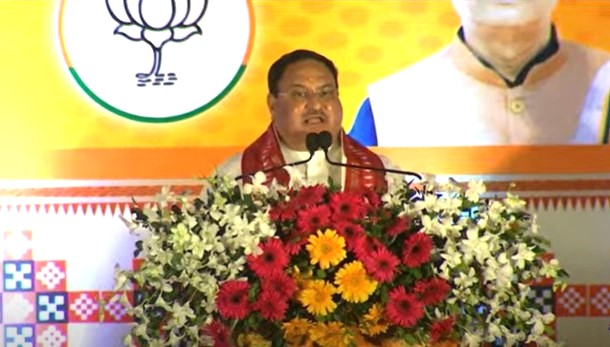 TNI Bureau: BJP’s National President JP Nadda who arrived in Bhubaneswar on a two-day visit to Odisha, came down heavily on BJD Government in Odisha, saying “There are three Ministers accused of murder. If the Ministers are involved in crime, then it is easy to imagine how the governance is going on in Odisha”.

“The Odisha Government is deeply immersed in corruption, it’s time to uproot it,” he roared.

“50 lakh people in Odisha are deprived of Ayushman Bharat Yojana. Fake bills are being made here for MGNREGA. Odisha also needs double-engine govt”, he added. 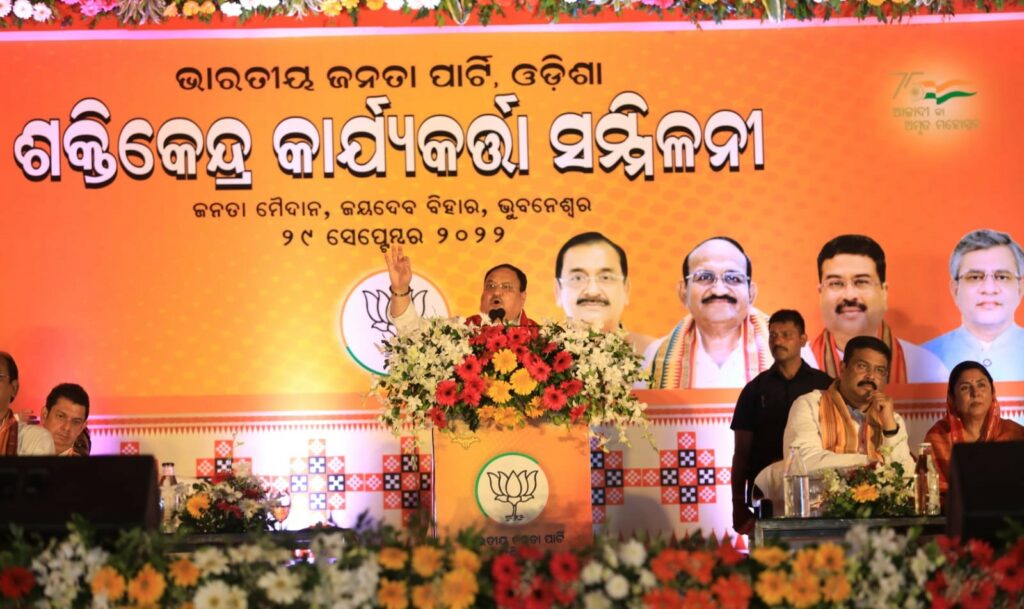 “Even Ratna Bhandar of Lord Jagannath is not safe in Odisha. Ratna Bhandar’s key was missing & later a duplicate key was found. Uproot this type of ‘duplicate’ govt from Odisha”, Nadda urged people.

Nadda sounded the poll bugle for 2024, calling upon the leaders and Karyakartas to work hard to reach out to the people with the schemes of Modi Government, their benefits as well as the failure of BJD Government. 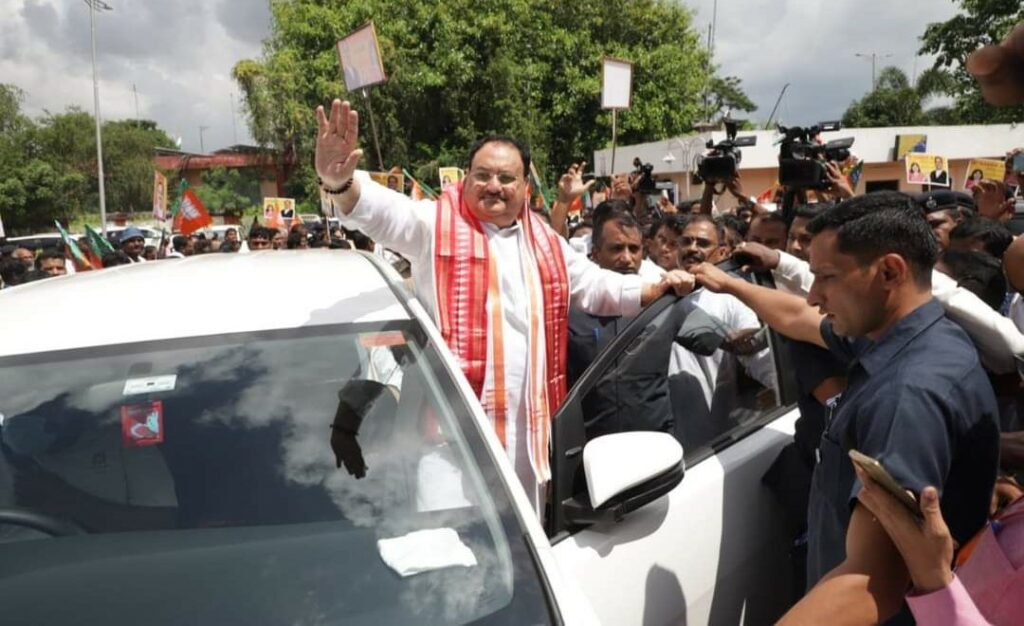 Nadda slammed the Congress hard saying the party is sinking to a new low every passing day. It’s eventually a party of Brother-Sister, which lost the trust of common people, he added. He also said that people of India have rejected the dynasty politics.

BJP national vice-president Baijayant ‘Jay’ Panda thanked the people of Odisha for making BJP the No 2 party in the State and said, “BJP works from ground floor, not from any 2nd or 3rd floor.”

“Sex ratio has been on a decline in Odisha over the last two years. The Women Empowerment slogan is just a joke. There is no jobs for the youths of Odisha. Nearly one crore people are migrating to other States as migrant labourers”, he rued. 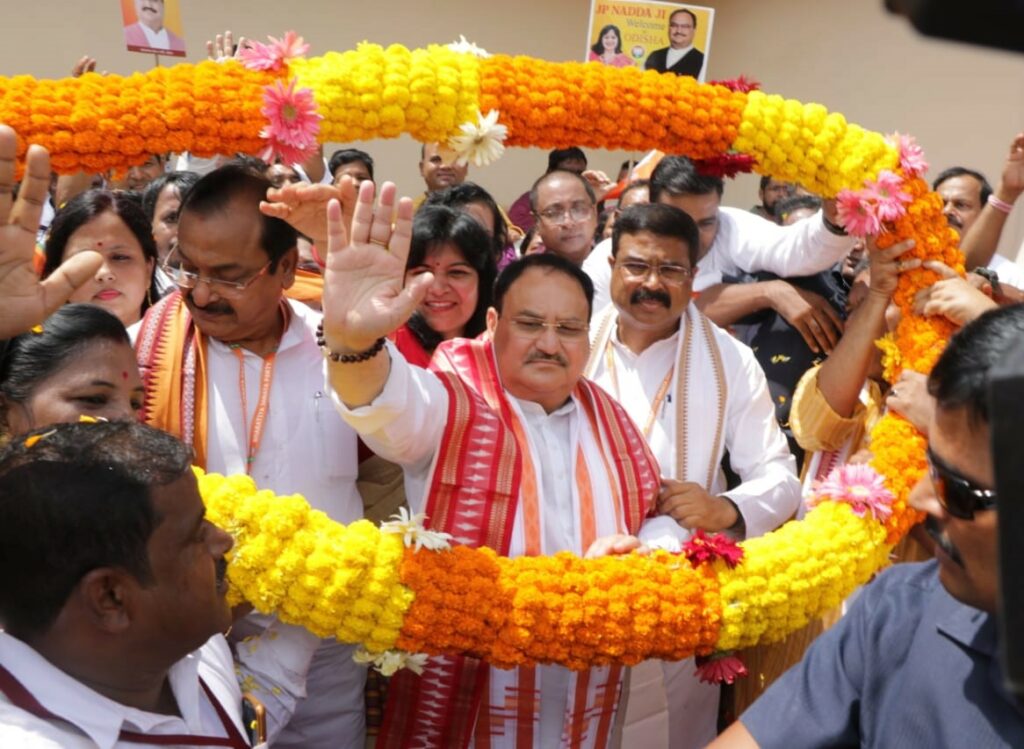 Nadda was accorded rousing welcome at the Biju Patnaik International Airport in the City and was taken to the State party office in a huge procession.