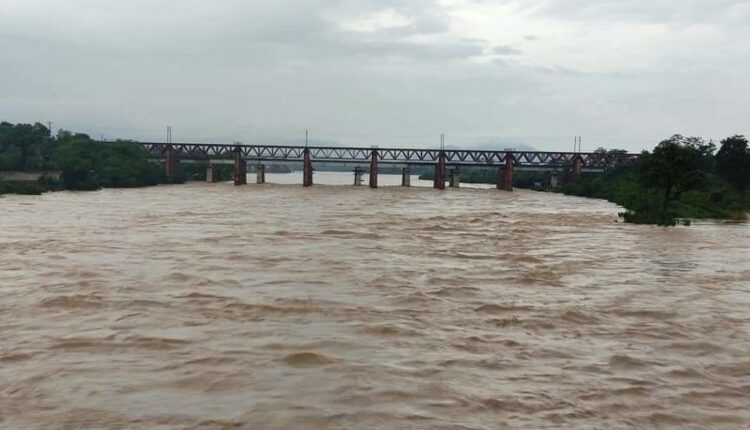 Share
🔹Out of 55 new Covid positive cases detected in Khordha district today, 45 are from Bhubaneswar. Active cases in the Capital City stand at 1064.
🔹Another 319 Covid patients have recovered and are being discharged today in Odisha. The total recovered cases of Odisha now stand at 1313679.
🔹IMD predicts fresh spell of rainfall activity at many places over the districts of coastal Odisha, Keonjhar, Mayurbhanj, Dhenkanal, Kandhamal, Kalahandi, Rayagada from 8.30 am of August 23 to 8.30 am of August 24.
🔹8-year-old girl dies in wall collapse at Machasahi area in Mayurbhanj district. Massive evacuation drive launched in low-lying areas of Balasore and Mayurbhanj.
🔹Schools in Puri to remain closed for 2 more days in view of flood situation.
🔹Jharkhand opens 6 sluice gates of Galudih barrage; Subarnarekha river breaches danger mark at Rajghat. Water level stands at 11.01m against the danger mark of 10.36m.
🔹35 dead as heavy rain causes flash floods, landslides in several States including Himachal Pradesh, Jharkhand, Odisha and Uttarakhand.
🔹No plan to import wheat into India, have sufficient stock, confirms the Department of Food and Public Distribution.
Related Posts