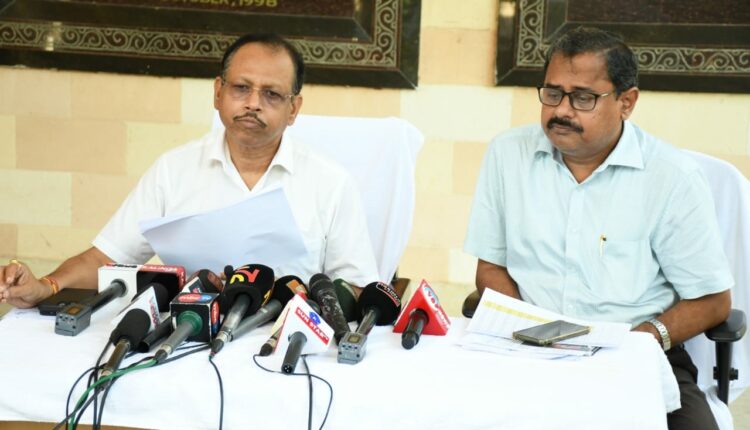 Insight Bureau: The Subarnarekha River continues to be in spate, leading to massive flood scare in North Odisha, which is now imminent.

Balasore and Mayurbhanj will be worst affected as the flood waters will enter the villages and towns from tonight or tomorrow morning.

As per the directive of CM Naveen Patnaik, Balasore Collector has been given the powers of SRC (Special Relief Commissioner) to deal with the imminent flood crisis.

CM Naveen Patnaik has ordered to place one helicopter with the collector to carry out rescue and relief operations during the floods in the Subarnarekha River system.

The Budhabalanga and Subarnarekha Rivers are swollen and currently flowing at 7.42 and 7.98 metres respectively, which will go up further in the next 12-24 hours with the excess water is currently being released through 16 gates of Galudih barrage in Jharkhand.

Around 5 lakh cusecs of water will flow through Balasore and Mayurbhanj in the Subarnarekha River system.

Several parts of coastal, interior and southern Odisha are likely to experience rainfall activities from August 23 to 25, predicted IMD. Yellow Warning for heavy rainfall has been issued for Balasore, Mayurbhanj and Keonjhar on August 23.

1770 – A Film based on Sannyasi Rebellion