Sonu Sood to grace ‘The Kapil Sharma Show’ on August 1 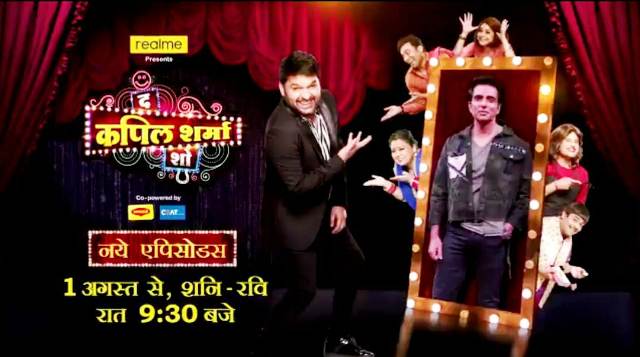 TNI Bureau:  Bollywood Actor Sonu Sood, who has emerged as the ‘Messiah of Migrants & Poor’ amidst the COVID-19 lockdown, will grace the stage of “The Kapil Sharma Show” in the 1st post-lockdown episode.

The fresh episode of TKSS will be aired from Saturday, August 1.

It is worth mentioning that Sonu has been helping stranded students and migrant workers in different parts of the Country to reach their respective hometowns in states including Odisha, Bihar, Uttar Pradesh and Karnataka.

While fans of Sonu Sood are excited to watch him on TV, people also believe that comedy shows like ‘The Kapil Sharma Show’ are very much needed for one’s mental health that’s badly affected during Corona Pandemic.

Sony TV took to Twitter to announce the resumption of Kapil Sharma Show as well as Sonu Sood’s date with it.

“Deepa Sahu is Back”: Sabyasachi Mishra