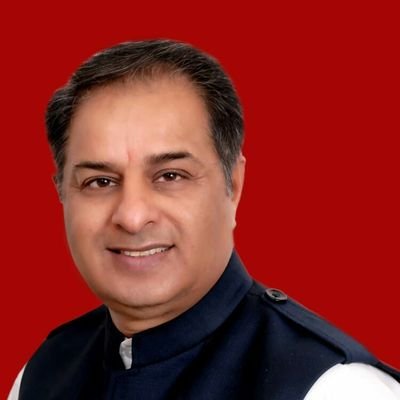 TNI Bureau: Just a couple of hours after participating in a TV Debate on Aaj Tak, Senior Congress Spokesperson Rajiv Tyagi passed away following a cardiac arrest. He was 53.

Rajiv had tweeted about the debate at 3:41 PM and had participated there from 5 PM to 6 PM  from his residence in Uttar Pradesh’s Ghaziabad . The debate was on Aaj Tak, hosted by Senior Journalist Rohit Sardana. Tyagi was engaged in a heated debate with BJP’s National Spokesperson Dr. Sambit Patra.

Soon after the debate, he complained of chest pain and fell unconscious. He was rushed to the Yashoda Hospital where doctors tried to revive him, but in vain.

Rajiv Tyagi was a staunch Congressman and defended the party vociferously on various debates. He was appointed as Congress’ Media In-charge in Uttar Pradesh by Priyanka Gandhi Vadra in October 2019.

While Tyagi was the National Spokesperson of Congress, he served the party in various capacities.

We are deeply saddened by the sudden demise of Shri Rajiv Tyagi. A staunch Congressman & a true patriot. Our thoughts and prayers are with his families & friends in this time of grief. pic.twitter.com/yHKSlzPwbX