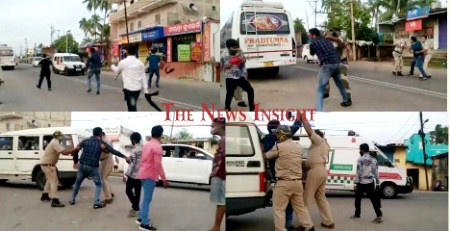 TNI Bureau: A major security breach occurred during C Naveen Patnaik’s visit to Puri today, as a group of Congress workers showed black flags before being detained and whisked away by the police.

The Chief Minister along with Develiopment Commissioner Suresh Chandra Mahapatra and Secretary to CM (5T) VK Pandian, visited Puri and reviewed various works being taken up under ABADHA Scheme.

Naveen offered prayers to Patitapaban from Singhadwar and had darsan of Neelchakra. He prayed to Lord Jaganath for the well being of the people of odisha. Naveen also made Sampurna
Parikrama of the Jagannath Temple. 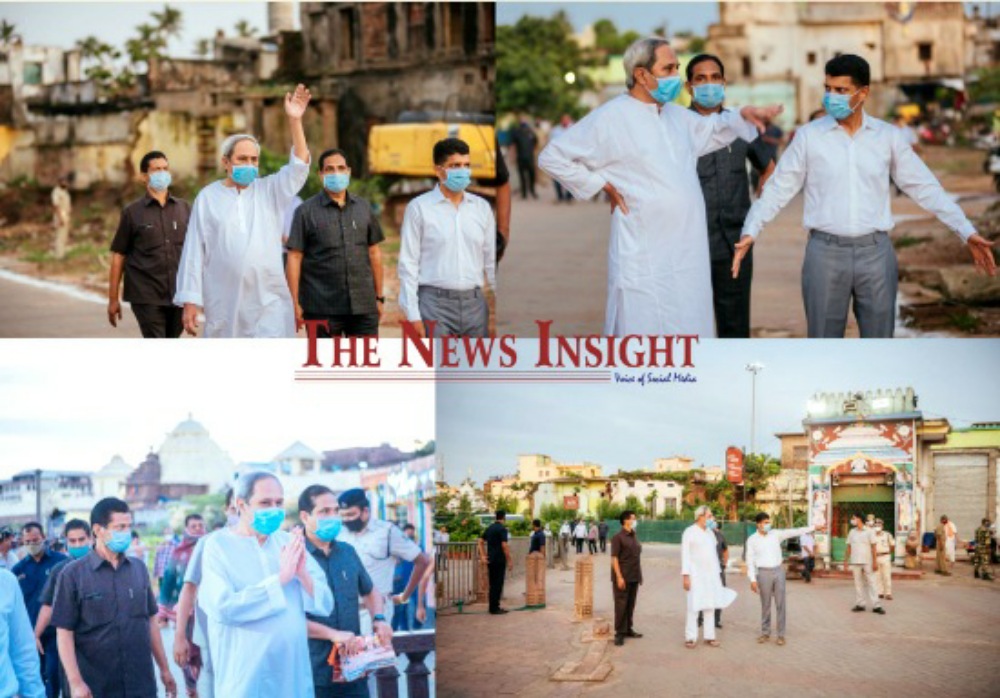 The CM reviewed the Shree Jagannatha Heritage Corridor including the Que Mangement system.

The Chief Minister directed that devotees should be able to have hassle free entry through Singha Dwar of the Temple and adequate arrangements should be made for their comfort when devotees are waiting in que to go inside temple for Darshan of Mahaprabhu.

The CM also stressed on the need of using technology for ensuring safety and security so that arrangements made are not very obtrusive.

Naveen asked the authorities to design the heritage corridor in such a manner that Persons with Disabilities should be able to go around Parikrama on their own. Adequate arrangements for Electric Carts be made so that the elderly people don’t face any issue even if they are to park their vehicles at a distance.

CM Naveen Patnaik has directed to land acquisition process by 1st of January and then start the work on Shree Jagannatha Heritage Corridor.

Naveen thanked the people who have donated their land for the project and appreciated the officials and employees of various departments and the district administration for their hard work.