Section 144 to be clamped in Bhubaneswar & Cuttack 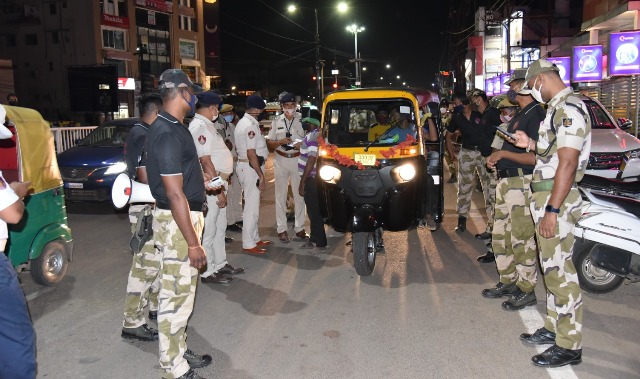 TNI Bureau:  As part of precautionary measures and to avoid any untoward incident, the Commissionerate Police today promulgated prohibitory order under section 144 of CrPC from 09.00 PM to 05.00 AM during the observance of the night curfew in the twin cities of Cuttack and Bhubaneswar.

As per the notification issued by Police Commission on Saturday, there will be restriction on movements of vehicles and public during night curfew.

However, essential workers will be allowed for movement on showing their identity card issued by their respective organisation for bona fide official work.

Worth mentioning here that the State Government has earlier decided to clamp night curfew (9 PM to 5 AM) in urban areas of 20 districts including the Twin Cities of Cuttack and Bhubaneswar which will come into force from April 17.

Similarly, night curfew in 10 districts bordering Chhattisgarh has been revised to 6 PM – 5 AM. There will be weekend shutdown in the urban centres if these districts.