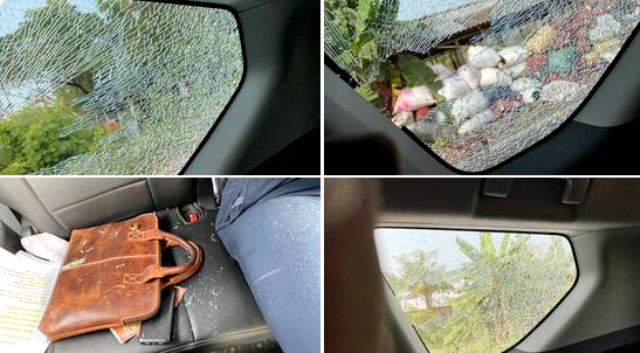 TNI Bureau:  BJP national spokesperson Sambit Patra’s car was attacked while he along with some other party leaders including Sanjay Mayukh were travelling in West Bengal.

Window panes of the cars were broken in the attack. A BJP supporter was reportedly injured.

Earlier, Nadda was shown black flags allegedly by Trinamool Congress supporters outside the new office of the party in South Kolkata on Wednesday evening.

Justice for Pari: Purandeswari in Nayagarh