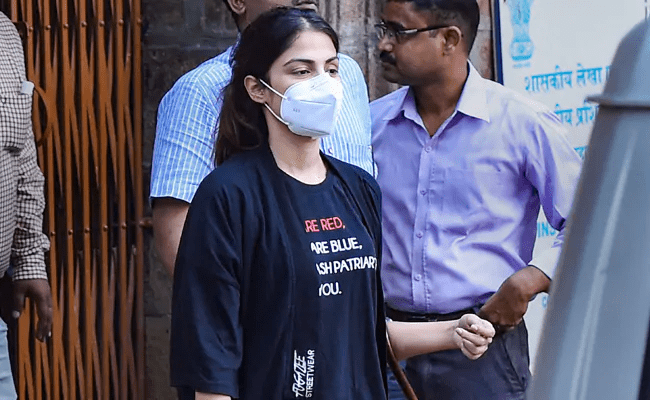 TNI Bureau:  Big relief for Rhea Chakraborty as the Bombay High Court on Wednesday granted bail to her in connection with a drugs probe related to actor Sushant Singh Rajput’s death case.

She was arrested by the Narcotics Control Bureau (NCB) last month.

The court gave Rhea Chakraborty bail on the condition that she mark her presence at the nearest police station for ten days after her release. The Court also said her to deposit her passport, not travel abroad without court permission & inform investigating officer if she has to leave Greater Mumbai.