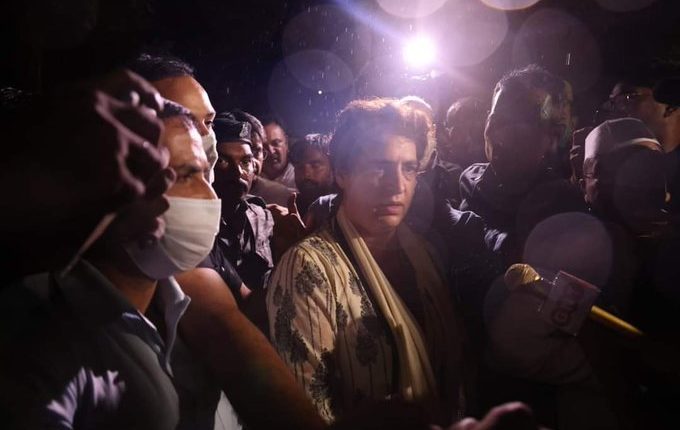 Insight Bureau:  Congress general secretary Priyanka Gandhi, who was on her way to Uttar Pradesh’s Lakhimpur Kheri district to visit the families of the victims of Sunday’s violence, has been arrested in Hargaon at 4:30 AM on Monday, confirmed Former Union Finance Minister P Chidambaram.

She was arrested by the Uttar Pradesh police as she headed to meet the families those killed on Sunday after violence during a protest in Uttar Pradesh’s Lakhimpur Kheri. The farmers were protesting three farm laws enacted by the central government last year.

While opposition leaders like Akhilesh Yadav, Chandrashekhar Azad are under house over bid to visit kin of deceased of Lakhimpur incident, Bhupesh Baghel is not allowed to move out of Lucknow Airport.

It is to be stated here that nine people, 4 of them farmers, were killed in Lakhimpur Kheri district after violence erupted on Sunday over a visit by two ministers.

Another Journalist succumbs to Covid-19 in Odisha