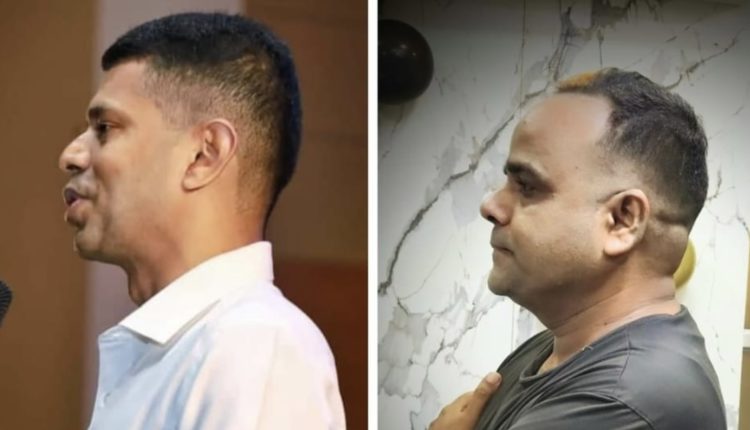 BJD Leader and former Journalist Satyajit Mishra with a large fan following on Social Media, triggered the buzz when he posted his latest hairstyle photo, resembling that of 5T Secretary VK Pandian. 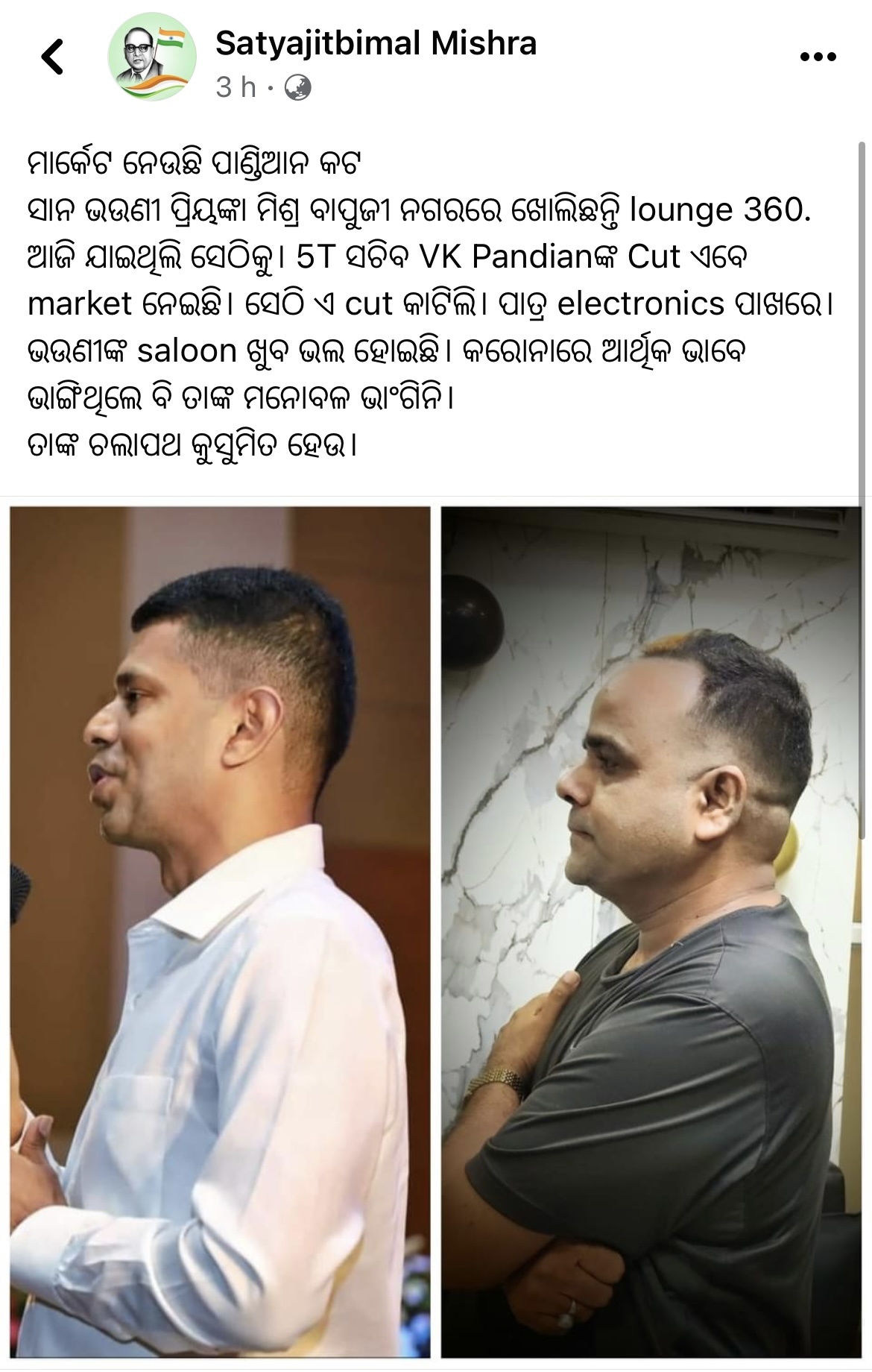 “Visited younger sister Priyanka Mishra’s new Salon ‘Lounge 360’ near Patra Electronics in Bapuji Nagar today. VK Pandian’s hairstyle ‘Pandian Cut’ is the latest market trend. So, I had the ‘Pandian Cut’ there,” he posted on Facebook.

He further motivated the Salon Owner saying, “ Sister’s Salon is very good. Despite the financial loss during Corona period, she remains mentally strong to take things forward. I pray for her success”.