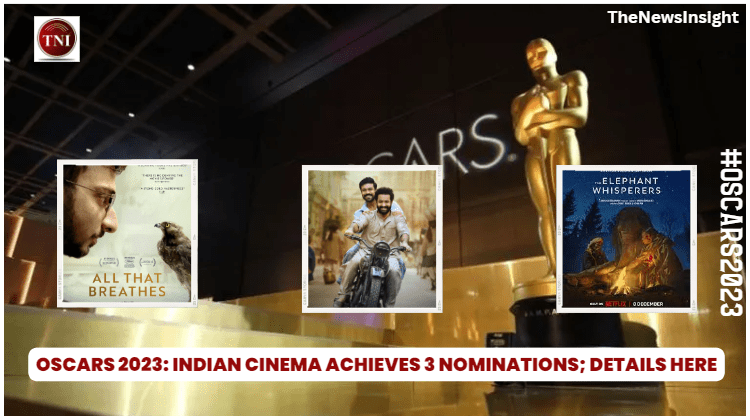 The 95th Academy Awards nominations have been announced, India’s RRR has been nominated for Best Original Song for Naatu Naatu (one of three nods for Indian cinema), which also won the Golden Globe in the same category.

The four other nominated songs are This Is a Life from Everything Everywhere All at Once, Hold My Hand by Lady Gaga from Top Gun: Maverick, Lift Me Up by Rihanna from Black Panther: Wakanda Forever, and Applause from Tell It Like a Woman. Taylor Swift’s Carolina from Where the Crawdads Sing, which was nominated for a Golden Globe, is a notable omission.

Mother India, Salaam Bombay, and Lagaan were nominated for Best International Feature Film, making Mother India, RRR, and the documentaries the only Indian films to receive an Oscar nomination.

If MM Keeravaani wins an Oscar in addition to his Golden Globe, he will join a select group of Indian Oscar winners that also includes Bhanu Athaiya, who won Best Costume Design for Gandhi, AR Rahman, Gulzar, and sound engineer Resul Pookutty, who won for their work on the British-produced film Slumdog Millionaire, which is set in India.

Riz Ahmed and Alison Williams, two actors, presented the Oscar nominations. The 95th Academy Awards will be presented in Los Angeles, On March 12. Jimmy Kimmel, host of the chat show, will do so for a third time.