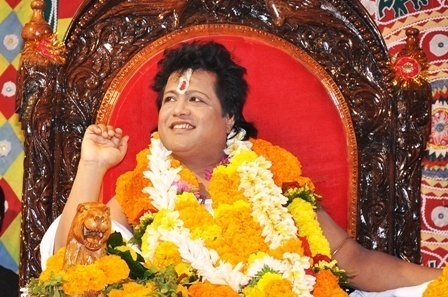 TNI Bureau:  Orissa High Court on Tuesday allowed ‘Sarathi Baba’ to deliver preachings (Pravachans) to a maximum of 200 people at a time with adherence to Covid-19 Guidelines.

Earlier, the Crime Branch had arrested Santosh Kumar Roul alias ‘Sarathi Baba’ on 2015 under Sections 420 (Cheating), 467 (Forgery), 468 (Forgery for purpose of Cheating), 471 (Using Forged Documents), 506 (Criminal Intimidation), 321 (Voluntarily causing Hurt to People), Section 341 (Wrongful Restraint), Section 379 (Theft), 120-B (Criminal Conspiracy) of the IPC. Further, he is charged under the SC And The ST(Prevention Of Atrocities) Act, 1989. He is also facing rape charges.

Roul was lodged in the jail ever since he was arrested from his Kendrapara (Barimula) Ashram in August 2015.

He was granted bail by the Orissa High Court on July 25, 2019, but not allowed to hold ‘Pravachans’.