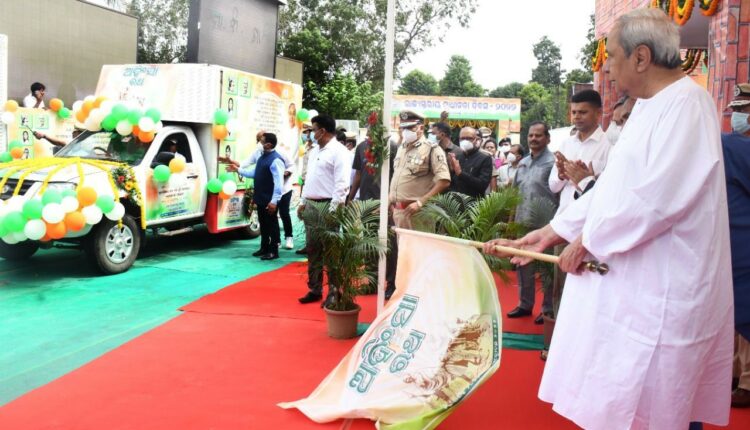 Insight Bureau:  With an aim to spread the message of Father of the Nation, Mahatma Gandhi and create awareness among people against Ahimsa (non-violence), Odisha Chief Minister Naveen Patnaik inaugurated a chariot titled “Ahimsa Rath” on the auspicious occasion of 76th Independence Day on Monday.

Ahimsa Rath will travel across the State from today till October 2, 2022 to spread the thoughts, sacrifice and struggles of Mahatma Gandhi among the people, informed Chief Secretary Suresh Chandra Mohapatra.

It is pertinent to mention here that Gandhi arrived in Cuttack on March 23, 1921 for the first time. He conducted his first meeting on Non-cooperation Movement in Cuttack. Gandhi visited Odisha eight times.