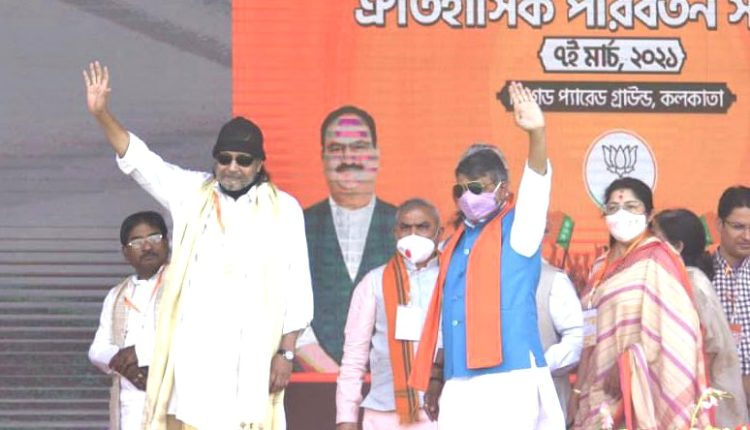 TNI Bureau: Former Bollywood Megastar Mithun Chakraborty has begun a new political innings by joining the BJP today. A product of Naxalite Movement, Mithun was with CPI-ML in college days. After his successful stint in Bollywood, he joined the Trinamool Congress and was sent to Rajya Sabha in 2011.

The Saradha Chit Fund Scam spoiled his image and he had to return Rs 1.19 crore to ED in 2015 for being the Brand Ambassador of the tainted firm. He later resigned from Rajya Sabha in 2016.

In 2019-20, Mithun acted in Vivek Agnihotri’s “The Tashkent Files” and “The Kashmir Files”. Of late, he was speculated to be closer to the BJP, but he always evaded the questions. As he officially joined the saffron party now, it would be interesting to see how he helps the BJP in the upcoming polls.