He is the longest-serving Chief Minister of Odisha, holding the post for over two decades. 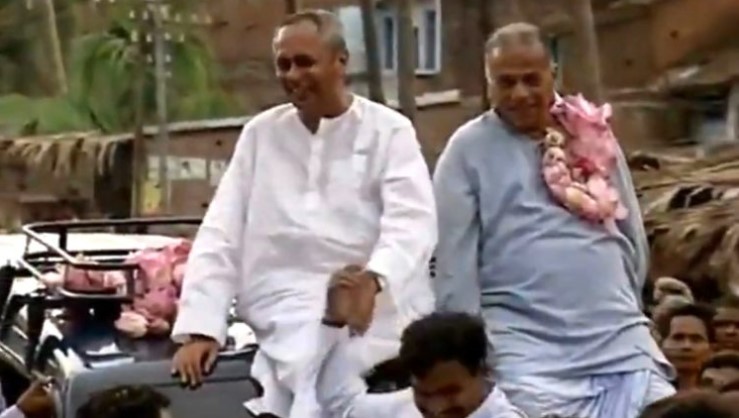 He got elected as member to the 11th Lok Sabha in the by-election for the first time on 1st June 1997 from Aska Parliamentary Constituency.

He was a member of the Consultative Committee of Ministry of Steel & Mines and was selected as the Union Minister for Mines in the cabinet of Atal Bihari Vajpayee.

Patnaik resigned from the Union cabinet and was sworn in as the Chief Minister of Odisha, after BJD won the majority of seats in alliance with the BJP in the Odisha Assembly elections in the 2000 Assembly election.

He is the longest-serving Chief Minister of Odisha, holding the post for over two decades.

#Odisha CM @Naveen_Odisha completes 25 years in public service. He was elected as a Lok Sabha MP on June 1, 1997. #TNI #Insight

BJD Leaders & Karyakartas greet CM @Naveen_Odisha as he completes 25 years in public service. #ThankYouNaveenPatnaik is what they say while expressing gratitude to the CM. #TNI #Insight #Odisha pic.twitter.com/dTfHLIW3Dj