Mobile Thief caught in a Moving Train in Bihar

The passengers also made a video of the thief hanging from the trains that went viral on social media later. 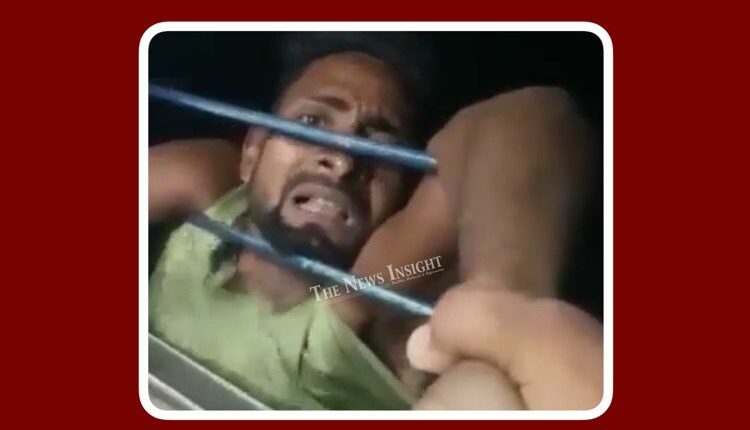 TNI Bureau:  A thief risked his life in Bihar’s Khagaria while attempting to steal a mobile phone from the window of a moving train. As soon as this robber attempted to steal a passenger’s phone by placing his hand in the window of the train leaving the station, the passenger grabbed his hand. Another train passenger grabbed the thief’s other hand and pulled it away from him. Meanwhile, the train left the station, and the thief hung from a moving train window for about 15 kilometers.

The passengers also made a video of the thief hanging from the trains that went viral on social media later. The passengers of the train decided to take this thief from Begusarai’s Sahebpur Kamal station to Khagaria while he was hanging out the window. According to the passengers, as soon as the train began to depart from Begusarai’s Sahebpur Kamal station, the robber attempted to steal a mobile phone by placing his hand in the train’s window at the end of the platform.

A passenger then grabbed his hand. To assist him, nearby passengers held both of his hands. Meanwhile, in the viral video, the train is seen moving as the thief begs for his hand to be broken or he will die. He begged the passengers not to remove his hand from the moving train. He was later handed over to GRP at Khagaria station. Pankaj Kumar is his name. He lives in Begusarai’s Sahebpur Kamal police station area. A case was filed against the thief, and he was sentenced to prison.