Civil Aviation minister Jyotiraditya Scindia said on Tuesday that he will investigate the matter based on the requests made to him. 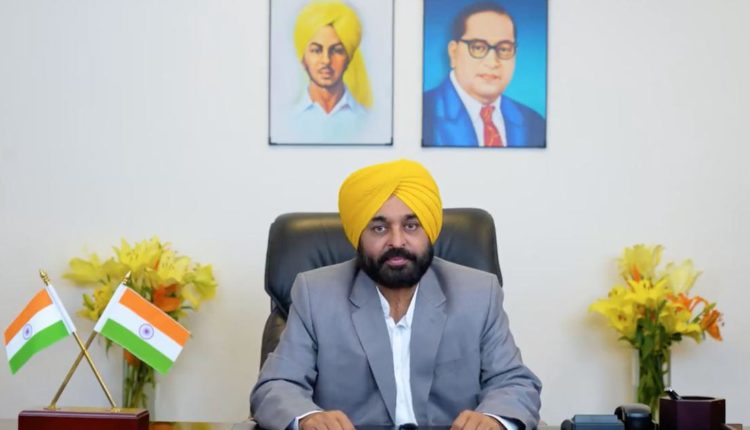 Insight Bureau: Following the controversy surrounding Punjab Chief Minister Bhagwant Mann’s deplaning from a Lufthansa flight on Saturday night in Germany, Civil Aviation Minister Jyotiraditya Scindia said on Tuesday that he will investigate the matter based on the requests made to him.

Mann was allegedly inebriated when he was deplaned from his Lufthansa flight from Frankfurt to Delhi. He was returning from a trip to Germany that lasted from September 11 to September 18. Sukhbir Singh Badal, leader of the Shiromani Akali Dal (SAD), urged the Union government to intervene and raise the issue with the German government. Partap Singh Bajwa, the leader of the opposition and a senior Congress leader, demanded Mann’s resignation. Sukhpal Singh Khaira, a Congress leader, also demanded an explanation for Mann’s deplaning and a public apology from the chief minister for “humiliating Punjab.”

Some eyewitness reports suggested that Mann boarded the flight, but was inebriated and couldn’t stand without being supported.

However, Lufthasa Airlines refused to give any information on individual passengers, citing privacy. The flight was delayed by “three hours” because of a late inbound flight and an aircraft change but it got further delayed as the person and his team’s luggage were taken out amid a heated exchange between some passengers and the cabin crew, the reports added.

Flight LH760 from Frankfurt to Delhi was delayed for four hours, according to Flightaware. It was supposed to leave Germany at 1.40pm (local time) on Saturday, but instead took off at 5.34pm and landed in Delhi at 4.40am (Indian Standard Time) on Sunday. Mann did not board the flight on time, according to a Punjab government official.

Mann, according to AAP’s director of media communications Chander Suta Dogra, was “a little unwell” and chose to take a later flight. The Aam Admi Party (AAP) has categorically denied the rumors, claiming Mann did not disembark at Frankfurt Airport. Political rivals are spreading false propaganda, says the party.

BMC to introduce ETMs in all Parking Lots