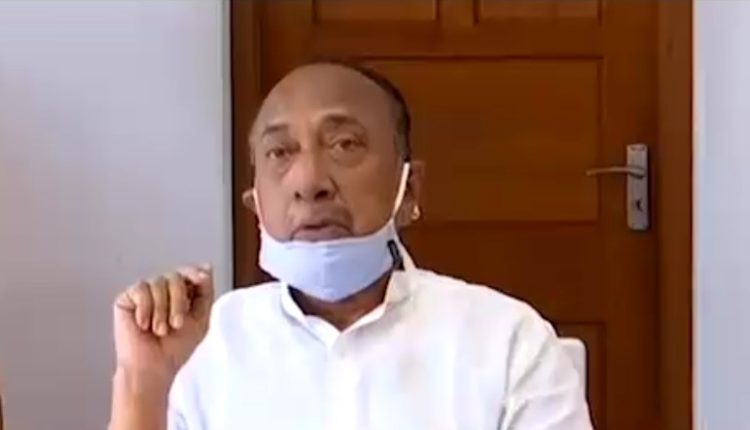 Insight Bureau: Senior BJP leader Bijoy Mohapatra has levelled sensational allegations against MoS (Home) Captain Dibya Shankar Mishra, saying attempts were made to resolve the issues between the Mamita Meher and Govinda Sahu at the Minister’s Raipur residence before she was brutally murdered.

The issue was lingering for two months and the police have learnt all the details, claimed Bijoy while making startling claims that the call records have been garnered by the police, who have forwarded these to the people at the government level.

The police have submitted a report to the Third Floor in a sealed cover after examining the call records, claimed Bijoy Mohapatra.

Bijoy also claimed that many influential people, including Ministers had patronised Govind Sahu while some non-Odia officers have suppressed the reports.

Bijoy took a dig at the police, saying the investigation looks like a film shooting. Why there was no judicial confession of the accused and no TI parade is being taken place, he asked. Attempts are being made to weaken the case and let Govind go, he alleged.