Firoz Nadiadwala has begun work on Mahabharat and aims to make it the most visually stunning film ever in Indian cinema," a source told Bollywood Hungama. 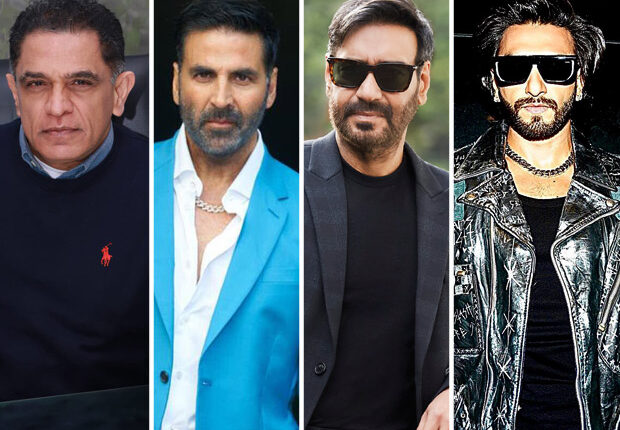 TNI Bureau:  Brahmastra: Part One – Shiva is considered the biggest Bollywood film at Rs 420 crore, but it appears that another Hindi film will soon overtake not only the Ayan Mukerji directorial but also Rajinikanth’s 2.0 as the most expensive Indian film ever. According to reports, producer Firoz Nadiadwala is planning to film the epic Mahabharat on a Rs 700 crore budget.

“Firoz Nadiadwala has begun work on Mahabharat and aims to make it the most visually stunning film ever in Indian cinema,” a source told Bollywood Hungama. The script has been in development for 4-5 years, and the production will take another couple of years. The main filming will begin in the first quarter of 2025. It will hopefully be released in the original Hindi language and dubbed in several languages in December 2025.”

“The entire story of the Mahabharat will be conveyed in three hours,” the source added. Firoz Nadiadwala believes it will be India’s answer to Marvel and DC films, as well as The Lord of the Rings, Game of Thrones, Star Wars, Harry Potter, and others. Its budget, believe it or not, is expected to be more than Rs. 700 crores. As a result, it will be the most successful Indian film of all time.” The lead roles are being considered for Akshay Kumar, Ajay Devgn, and Ranveer Singh.

The film will draw inspiration from Nadiadwala own 1965 epic Mahabharat, which starred Pradeep Kumar, Padmini, and Dara Singh in lead roles. “The 1965 Mahabharata film was a huge success at the box office,” says Nadiadwala. Firoz and his team are following the same story and format as in that film. The majority of the action would be real, a la Gladiator or Kingdom of Heaven, rather than VFX-heavy.

More than the VFX, Firoz wants the characters, storytelling, emotions, dialogues, and so on to be the film’s selling points.” Furthermore, “the background score will be recorded in Los Angeles, USA, and it will be grand and cinematic, similar to Hans Zimmer’s BGM.” The VFX will be handled by a world-class company based in Los Angeles.”